Blurb: Adventure brought unlikely lovers Lord Leonard “Leo” Harris and Master Leathersmith Gerald Smithson together. Now it threatens to tear them apart. Three weeks before their wedding, a plague strikes Victorian London—the worst to engulf the city in five hundred years. The symptoms are eerily reminiscent of the Black Death with boils, a horrific death, and immunity to magical cures. As one of the most powerful mages in the country, Leo searches for a cure and the person behind the scourge all while Gerald must finalize wedding plans and try to thwart a persistent—and unwanted—“admirer.” It’s a race against time as Gerald shows symptoms, and Leo must fight a powerful Dark Mage to get the cure before he loses the love of his life. END_OF_DOCUMENT_TOKEN_TO_BE_REPLACED

Blurb: Sorcerer Percival Endicott Whyborne and his husband Griffin Flaherty have enjoyed an unprecedented stretch of peace and quiet. Unfortunately, the calm is shattered by the arrival of a package from Griffin’s brother Jack, who has uncovered a strange artifact while digging for gold in Alaska. The discovery of a previously unknown civilization could revive the career of their friend Dr. Christine Putnam—or it might kill them all, if the hints of dark sorcery surrounding the find are true.

With Christine and her fiancé Iskander, Whyborne and Griffin must journey to the farthest reaches of the arctic to stop an ancient evil from claiming the life of Griffin’s brother. But in the rough mining camp of Hoarfrost, secrets fly as thickly as the snow, and Whyborne isn’t the only sorcerer drawn by the rumors of magic. Amidst a wilderness of ice and stone, Griffin must either face his greatest fear—or lose everyone he loves.

END_OF_DOCUMENT_TOKEN_TO_BE_REPLACED

Blurb:  Billy Wright has a problem: he’s only visible when he’s wearing a mask. That’s fine when he’s performing at country fairs with the rest of his morris dancing troupe. But when he takes the paint off, his life is lonely and empty, and he struggles with crippling depression.

Martin Deng stands out from the crowd. After all, there aren’t that many black Vikings on the living history circuit. But as the founder of a fledgling historical re-enactment society, he’s lonely and harried. His boss doesn’t like his weekend activities, his warriors seem to expect him to run everything single-handedly, and it’s stressful enough being one minority without telling the hard men of his group he’s also gay.

When Billy’s and Martin’s societies are double-booked at a packed county show, they know at once they are kindred spirits, united by a deep feeling of connectedness to their history and culture. But they’re also both hiding in their different ways, and they need each other to be brave enough to take their masks off and still be seen.

END_OF_DOCUMENT_TOKEN_TO_BE_REPLACED

Blurb:  Six years ago, Brian Harrison helped save the life of Jackie Vasquez, and he’s never really forgotten him. After the rescue, Brian ended his employment with Jackie’s uncle Luki and left the US for England, aiming to distance himself from the confused feelings—not lust, but not brotherly—that then sixteen-year-old Jackie engendered. Now Jackie has become a man, and when they meet again by chance, lust with a dose of D/s rope kink is definitely on the list of possibilities. As they get to know each other, though, lust shows every sign of growing into love, deep and true.

When Jackie moves to London for graduate studies in criminal psychology, he and Brian hope they’ll be able to enjoy each other’s frequent company. But they haven’t factored in the claim Brian’s police job with Scotland Yard will make on his time, especially when the “Gaslighter crimes” sap investigative resources. An abandoned aide dog named Soldier leads to a breakthrough clue, and a chain of discoveries fall like dominoes. As Brian rushes to beat the criminal’s game before it escalates to true terror, he comes to an undeniable conclusion: Jackie Vasquez, the man he loves, is in mortal danger.

END_OF_DOCUMENT_TOKEN_TO_BE_REPLACED 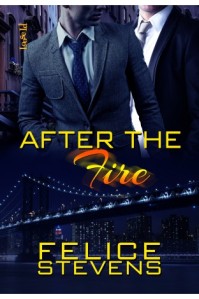 Blurb: A single bullet destroyed the dreams of Dr. Jordan Peterson. With his lover dead, Jordan descends into an endless spiral of self-destruction that nearly costs him his friends, his career and his life. When Jordan finds himself working closely with the aloof Lucas Conover, the investment banker’s mysterious past and unexpected kindness shocks him back into a life and emotions he’d thought lost forever.

The betrayal by the foster brother he’d worshiped, taught Lucas Conover never to trust or believe in anyone. Living a solitary life couldn’t free him of the nightmare of his former life; it reinforced his belief that he would never fall in love. When the death of one of his clients forces him to work closely with Dr. Jordan Peterson, he meets a person whose suffering exceeds his own. Though Jordan rejects his effort to help, something within Luke pushes him discover more about the first man to ever get under his skin.

As Luke lets down his guard and Jordan lets go of his pain, desire takes control. Each man must come to terms with past struggles if they are to create a future together. And learning to trust in themselves and love again after tragedy and a lifetime of pain, may be the only thing that saves them in the end.

Contains major spoilers for the prequel, A Walk Through Fire.

END_OF_DOCUMENT_TOKEN_TO_BE_REPLACED 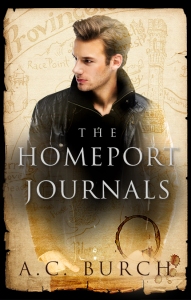 Blurb: Fleeing New York City and an abusive partner, would-be writer Marc Nugent finds work at HomePort, the Provincetown mansion of Lola Staunton, a fabulously wealthy recluse. Aided by an attractive-but-unattainable artist and an all-too-available cross-dresser, Marc investigates accusations of rape and murder that have estranged Lola from a childhood friend for more than sixty years. Past and present converge when a long-lost journal reveals tales of infidelity, adultery, and passion that mirror the life Marc has recently abandoned. When his ex-lover arrives in search of revenge, Marc must confront his past, his notions of family, and his capacity for love.

END_OF_DOCUMENT_TOKEN_TO_BE_REPLACED

Blurb: When Liam’s best friend has to leave town on business, he asks for a favor—be an emergency contact for his cousin who is new in town. Liam doesn’t think twice before he accepts. He’s great with numbers and confidently plays the odds, because nobody ever uses those emergency contacts, right? Wrong. The very next Sunday, cousin Garrett shows up at Liam’s apartment, fresh-faced, devastatingly gorgeous, and nothing like Liam had dismissively assumed.

Garrett arrived in New York City hoping to make it in the modeling world, and Liam isn’t sure what to do with him. While he eventually warms to welcome the distraction, he’s not prepared to have his steady, predictable world overturned. Liam is sure Garrett will soon tire of him and find someone closer in age and less eager for the quiet, settled life Liam prefers. But Garrett is too sweet-natured and naïve to recognize Liam’s dismissal, and he’s not as shallow as Liam presumes.

Although Garrett sees a future for the two of them, Liam manages to push him away. It is only then Liam sees the Garrett-shaped hole in his life.

END_OF_DOCUMENT_TOKEN_TO_BE_REPLACED

Blurb: Senior year of college is for studying, partying, and having fun before getting serious about life. Instead, Chad’s days are filled with headaches and exhaustion, and his fencing skills are getting worse with practice, not better. Then there’s his nonexistent love life, full of girls he’s shunted to the friend zone. Is he asexual? Gay?

Grad student Warren Douglas could be out clubbing, but his roommate is better company, even without kisses. He’s torn up watching Chad suffer, gobbling ibuprofen and coming home early on Friday nights. If Chad weren’t straight, Warren would keep him up past midnight. They’re great as friends. Benefits might answer Chad’s questions.

A brief encounter with lab rats reveals Chad’s illness—he needs surgery, STAT, and can’t rely on his dysfunctional parents for medical decisions. Warren’s both trustworthy and likely to get overruled—unless they’re married. “You can throw me back later,” Warren says, and he may throw himself back after his husband turns out moody and hard to get along with, no matter how much fun his new sex drive is. Surgery turns Chad into a new man, all right…

…but Warren fell in love with the old one.

END_OF_DOCUMENT_TOKEN_TO_BE_REPLACED

Blurb: Michael May is losing it. Long ago, he joined the Metropolitan Police to escape his father’s tyranny and protect people like himself. Now his father is dead, and he’s been fired for punching a suspect. Afraid of his own rage, he returns to Trowchester—and to his childhood home, with all its old fears and memories. When he meets a charming, bohemian bookshop owner who seems to like him, he clings tight.

Fintan Hulme is an honest man now. Five years ago, he retired from his work as a high class London fence and opened a bookshop. Then an old client brings him a stolen book too precious to turn away, and suddenly he’s dealing with arson and kidnapping, to say nothing of all the lies he has to tell his friends. Falling in love with an ex-cop with anger management issues is the last thing he should be doing.

Finn thinks Michael is incredibly sexy. Michael knows Finn is the only thing that still makes him smile. But in a relationship where cops and robbers are natural enemies, that might not be enough to save them.

END_OF_DOCUMENT_TOKEN_TO_BE_REPLACED 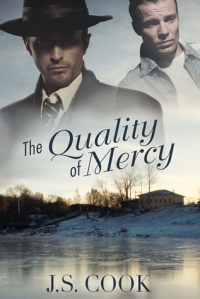 Blurb:  The year is 1934, and disgraced federal agent Nathan Devereaux is escorting convicted felon John Banks to visit his dying mother. Banks is despondent, miserably ill with a heavy cold, and unenthusiastic about traveling by plane. It isn’t a responsibility Devereaux wants, but something about the prisoner’s plight resonates with him.

Devereaux charters a plane to Wisconsin, hoping to get there before Banks’s mother breathes her last. But a routine journey swiftly turns into a sojourn in hell when a violent winter storm forces the plane miles off course, and Banks’s seemingly bad cold turns out to be diphtheria.

Stranded many miles from the destination, Devereaux must find a way to save Banks’s life without compromising the mission. Like Banks, Devereaux has secrets of his own, and the scope and purpose of his mission don’t quite square with the stories he tells. Making matters worse, he is the only one standing between Banks and certain death, but even a federal agent can do only so much—especially an agent with blood on his hands.