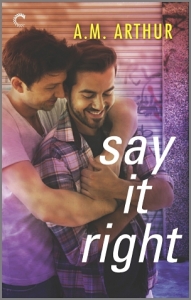 Blurb:  After his parents kicked him out for being gay, Marc Villegas lived on the streets before getting a second chance. Now he’s giving back by working at a shelter for LGBT teenagers—because helping fight their demons keeps his own at bay. Including his infatuation with the former best friend he’s sure is straight.

Anthony Romano hasn’t seen Marc since Marc left home eight years ago. In his confidant’s absence, Anthony turned to heroin. Now at rock bottom, he has an offer from Marc to help him get clean. Detox is hard and ugly, but not as hard as admitting the truth: he’s in love with Marc. Always has been. 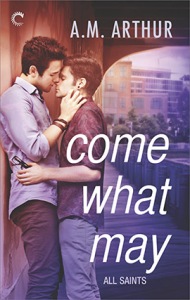 Blurb:  Jonas needs Tate. He just doesn’t know it yet.

Or at least, he doesn’t want to admit it. Because there is no way Jonas Ashcroft is gay. He’s a straight, carefree frat boy player, just like any good son of a conservative state senator. If only his struggle to convince everyone—especially himself—didn’t leave him so miserable. No matter how many girls or bottles he drowns himself in, Jonas can neither escape nor accept who he is.

Enter Tate. He’s smart, confident, and instantly sees right through Jonas’s surly exterior. Sure, he’s done things in life he’s not proud of, but he knows who he is and what he wants. And what he wants is Jonas. As their easy friendship intensifies into something more, Tate introduces Jonas to a life he’s never known. One filled with acceptance and sex and a love that terrifies and excites them both.

But some inner demons refuse to be shaken off so easily. When Jonas’s old life barges in, he faces a shattering choice, one that could destroy everything he and Tate have fought so hard for. Sometimes love just isn’t enough—and sometimes it’s exactly what you need. END_OF_DOCUMENT_TOKEN_TO_BE_REPLACED 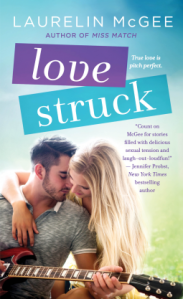 Blurb: Welcome to a seductive world where two solo artists combine their talents-and their hearts-to make beautiful music together…

SHE’S GETTING INTO THE GROOVE
Lacy Dawson is a young singer-songwriter with a record deal, a studio gig, and a serious case of writer’s block. After looking for love songs in all the wrong places, she finds inspiration at an online support group called Song Writers Anonymous. Thanks to one mysterious member who motivates her and inspires her, Lacy’s career is back on track. But is she ready to meet her sexy musical muse…face to face?

HE MAKES HER HEART SKIP A BEAT
Eli is definitely interested in hooking up with Lacy, aka “LoveCoda.” But between writing her new album and his band’s success, they can’t find the time to face the music-or each other-about their burgeoning online romance. All that changes when Eli and Lucy get booked on tour together. In person, the attraction is all too real and explosive. They both should walk away, but once they are in each other’s arms, there is no turning back… END_OF_DOCUMENT_TOKEN_TO_BE_REPLACED

Blurb: Anna del Mar’s explosive, sexy debut novel in the Wounded Warrior series, perfect for fans of Lisa Marie Rice and Lora Leigh—the story of a woman desperate to escape her dangerous past and the navy SEAL who would lay down his life to save her.

Ash Hunter knows what it is to run. A SEAL gravely injured in Afghanistan, he’s gone AWOL from the military hospital. Physically and mentally scarred, he returns home to his grandmother’s isolated cottage—and finds a beautiful, haunted stranger inside.

Lia Stewart’s in hiding from the cartel she barely escaped alive, holed up in this small Rocky Mountain town. Surviving, but only just. Helping the wounded warrior on her doorstep is the right thing to do…it’s loving him that might get them both killed.

Soon, Ash realizes he’s not the only one tormented by the past. Pushing the limits of his broken body, testing the boundaries of her shattered soul, he’ll protect Lia until his last breath. END_OF_DOCUMENT_TOKEN_TO_BE_REPLACED

Blurb: Rick Gullotti lives the good life. He fights fires, dates beautiful women—though none long enough so they cast wistful glances at jewelry stores—and has great friends. And thanks to helping out the elderly couple who own his building, his rent is low. But when concerns about their health lead him to contact their only son, his life starts getting away from him.

Jessica Broussard has no interest in leaving sunny San Diego or her cushy corner office for Boston, but her father—who happens to be her boss—dispatches her to deal with the grandparents she’s never met. She’s unprepared for the frigid winter, loving relatives who aren’t the monsters she’s been led to believe, and the hot, scruffy firefighter who lives upstairs.

At first, Jessica is determined to get back to her comfortable life as quickly as possible. All she has to do is talk her grandparents into selling their monstrosity of a house and moving to a retirement community. But she underestimates Rick’s dedication—and his considerable charm. Nobody’s taking advantage of his friends on his watch, even if that makes the tempting southern California girl with the long legs his adversary. Unfortunately for them both, the only thing more urgent than the matter at hand is their sizzling chemistry, and it’s quickly becoming too strong to resist. END_OF_DOCUMENT_TOKEN_TO_BE_REPLACED

Blurb: Minnesota Glaciers’ starting defenseman Henrik Grenick is good at two things: hockey and sex. He’s got it all—the career, the biceps, the babes. But the steady parade of women through his bedroom just leaves him wanting more, hunting for the next distraction. Until he meets Jacqui, who awakens a hunger he never knew he craved.

Fiercely independent Jacqui Polson has no time for the seductive hockey player demanding her attention. More band geek than bimbo, she’s in an entirely different league, and growing up with four hockey-crazed brothers left her with no interest in that world. But damn, Henrik’s hot. And when it comes to sex, Jacqui knows exactly what she wants.

As their relationship moves beyond games, Henrik needs more—not just of Jacqui’s touch, but of her. Jacqui discovers there’s more to Henrik than just the gruff facade. But after a lifetime of fighting their own battles, neither has ever let anyone get so close. As they soon find out, needing someone isn’t a weakness, it’s the only thing that matters… END_OF_DOCUMENT_TOKEN_TO_BE_REPLACED 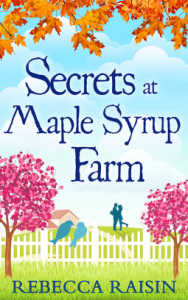 Lucy would do anything for her mom…but she never expected to end up promising to leave her. After her mom got sick, Lucy dropped everything to take care of her, working all hours in a greasy diner just to make ends meet and spending every spare moments she had by her mom’s hospital bedside.

Now, Lucy is faced with a whole year of living by her own rules, starting by taking the first bus out of town to anywhere…

Except she didn’t expect to find her next big adventure just around the corner! Especially when on her first day in town she bumps into grumpy, but oh-so-delicious Clay amidst the maple trees. Surrounded by the magic of Ashford, Lucy has the chance to change her life forever and finally discover a life she wants to live!

Fall in love with Ashford, Connecticut in this dazzling and beautiful romance from bestselling author Rebecca Raisin. END_OF_DOCUMENT_TOKEN_TO_BE_REPLACED

Blurb: Former navy SEAL Joe Harris nearly died—twice—on a medevac helo after being blown up by an IED. He’s not moving too great these days, but if there was ever a woman designed to jump-start a man’s hormones, it would be his new neighbor.

Isabel Delvaux came from one of America’s foremost political dynasties, until the greatest terrorist attack since 9/11 killed her entire family. She barely survived the Washington Massacre, only to become prey for rabid reporters. Fleeing to Portland and changing her name was a way out, a way to start over. The only way.

But as they help each other heal—through talk, through touch, through spectacular sex—the past comes back to play. When Isabel’s memory starts to return and a mysterious stranger sends Joe emails indicating Isabel is in imminent danger, he’ll do anything to help her uncover the truth. Even if that truth is the most terrifying thing of all. END_OF_DOCUMENT_TOKEN_TO_BE_REPLACED

When retiring rugby star Ash Trenton considered his next career move, coaching troubled teens at his ex-girlfriend’s California camp wasn’t on the list. But when Camila Morales reappears after eighteen years, begging for his help, he can’t say no to his first and only love.

Camila was just sixteen when Ash moved on to start his rugby career, leaving her heartbroken and on her own to make a life-changing decision. Now she needs his help to win a tournament prize and save her camp. Relying on Ash is the last thing she wants. But while it’s hard to get over being dumped for a sport, it’s even harder to ignore the rush of attraction that has only gotten stronger after so many years apart.

Coaching teens is the hardest job Ash has ever had, and the task becomes personal when he begins to fall for Camila all over again. But when he is offered his dream job, will he choose the job—or the woman whose heart he already sacrificed once? END_OF_DOCUMENT_TOKEN_TO_BE_REPLACED

Blurb:  Detective Nathan Wolf might just be a junior detective, but he tackles every case with the passion that he lacks in his personal life. A series of failed relationships with women has left him still single at thirty-four—because he’s too scared to admit to his longtime crush on his best friend James.

Dr. James Taggert likes to keep his profession as a psychiatrist separate from his party-animal persona. Known around the gay clubs as Tag, he’s the guy who screws them, leaves them, and never looks back. But James’s drinking is getting heavier, and when bad memories from the past resurface, he’s close to becoming the worst version of himself.

After a drunken blackout ends in a hot and heavy make-out session with his very straight best friend, James has no memory of the steamy affair. But Nathan isn’t sorry for the kisses that James can’t remember. Nathan finally musters the courage to tell James how he really feels, but a life-altering event might force them apart before they can ever be together.
END_OF_DOCUMENT_TOKEN_TO_BE_REPLACED