Blurb: The American West is bestselling author Larry Watson’s forte, and in this, his tenth novel, he has created his most vivid, genuine antihero yet in Calvin Sidey, a man stuck in a myth.

Calvin Sidey, steely, hardened, with his own personal code, is one of the last cowboys. It’s the 1960s, and he’s living off the grid in a trailer on the prairie when his adult son, Bill, seeks his help. A mostly absentee father and grandfather, Calvin nevertheless agrees to stay with his grandchildren for a week. He decamps for his son’s house in the small town where he once was a mythic figure, and soon enough problems arise: a boy’s attentions to seventeen-year-old Ann are increasingly aggressive, and a group of reckless kids portend danger for eleven-year-old Will. Calvin only knows one way to solve a problem: the Old West way, in which ultimatums are issued and your gun is always loaded.

In the changing culture of the 1960s, Calvin isn’t just a relic; he’s a wild card. At the same time, his old-school ways exert a powerful effect on those around him, from the widowed neighbor, Beverly Lodge, who feels herself falling for him and wants to be part of his life, to his grandchildren. Ann and Will see in their grandfather a man who brings a sudden, if shocking, order to their lives, as Calvin terrorizes those who have often terrorized them.

With the crisp, restrained prose for which Larry Watson is revered, As Good as Gone is a story of a man increasingly at odds with the world. This is Larry Watson at his best. END_OF_DOCUMENT_TOKEN_TO_BE_REPLACED 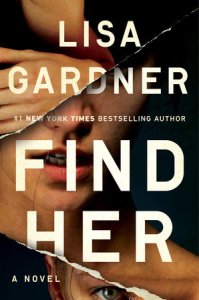 Blurb: Flora Dane is a victim.

Seven years ago, carefree college student Flora was kidnapped while on spring break. For 472 days, Flora learned just how much one person can endure.

Flora Dane is a survivor.

Miraculously alive after her ordeal, Flora has spent the past five years reacquainting herself with the rhythms of normal life, working with her FBI victim advocate, Samuel Keynes. She has a mother who’s never stopped loving her, a brother who is scared of the person she’s become, and a bedroom wall covered with photos of other girls who’ve never made it home.

. . . or is she? When Boston detective D. D. Warren is called to the scene of a crime—a dead man and the bound, naked woman who killed him—she learns that Flora has tangled with three other suspects since her return to society. Is Flora a victim or a vigilante? And with her firsthand knowledge of criminal behavior, could she hold the key to rescuing a missing college student whose abduction has rocked Boston? When Flora herself disappears, D.D. realizes a far more sinister predator is out there. One who’s determined that this time, Flora Dane will never escape. And now it is all up to D. D. Warren to find her.

END_OF_DOCUMENT_TOKEN_TO_BE_REPLACED

Blurb: Eric Hernandez is the bad boy of every schoolgirl’s fantasies—and every mother’s nightmares. But after serving time for manslaughter, he’s ready to turn his life around. He just needs a chance to prove himself as a professional tattoo artist. The one thing that keeps him going is the memory of the innocent beauty he loved and left behind.

Meghan Young’s world isn’t as perfect as it looks. The preacher’s daughter is living a lie, especially now that Eric is back. Tougher, harder, and sexier than ever, he might be the only person she can trust. But there’s no telling what he’ll do to protect her if he learns the truth, and that’s a risk Meghan won’t let him take. And yet, back in the arms of the troubled boy with the artist’s soul, Meghan can’t help surrendering to the man he’s become. END_OF_DOCUMENT_TOKEN_TO_BE_REPLACED

Blurb: From the hellhole of a Taliban prison to sweet freedom, five brave military heroes have made it home—and they’re ready to take on the civilian missions no one else can. Individually they’re intimidating. Together they’re invincible. They’re the men of ARES Security.

Rafe Vargas is only in Newton, Iowa, to clear out his late grandfather’s small house. As the covert ops specialist for ARES Security, he’s eager to get back to his new life in Texas. But when he crosses paths with Annie White, a haunted beauty with skeletons in her closet, he can’t just walk away—not when she’s clearly in danger…

There’s a mysterious serial killer on the loose with a link to Annie’s dark past. And the closer he gets, the deeper Rafe’s instinct to protect kicks in. But even with his considerable skill, Annie’s courage, and his ARES buddies behind him, the slaying won’t stop. Now it’s only a matter of time before Annie’s next—unless they can unravel a history of deadly lies that won’t be buried. END_OF_DOCUMENT_TOKEN_TO_BE_REPLACED 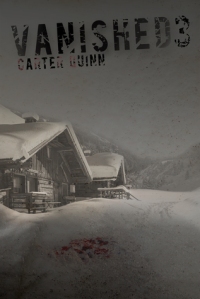 Type: Novella in a Series

Blurb:  It’s been five months since Henry Cooley woke up to find that his husband, Tom MacKinnon, had vanished. Henry has gone through hell and back since then trying to uncover what really happened. But nothing could prepare him for the truth.
END_OF_DOCUMENT_TOKEN_TO_BE_REPLACED

Blurb: The girl who said no to death.

Bibi Blair is a fierce, funny, dauntless young woman—whose doctor says she has one year to live.

An enigmatic woman convinces Bibi that she escaped death so that she can save someone else. Someone named Ashley Bell.

But save her from what, from whom? And who is Ashley Bell? Where is she?

Bibi’s obsession with finding Ashley sends her on the run from threats both mystical and worldly, including a rich and charismatic cult leader with terrifying ambitions.

Here is an eloquent, riveting, brilliantly paced story with an exhilarating heroine and a twisting, ingenious plot filled with staggering surprises. Ashley Bell is a new milestone in literary suspense from the long-acclaimed master.

END_OF_DOCUMENT_TOKEN_TO_BE_REPLACED 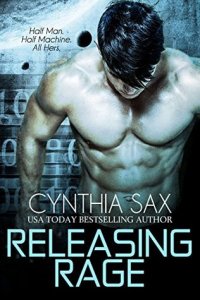 Blurb:  Half Man. Half Machine. All Hers.

Rage, the Humanoid Alliance’s most primitive cyborg, has two goals–kill all of the humans on his battle station and escape to the Homeland. The warrior has seen the darkness in others and in himself. He believes that’s all he’s been programmed to experience.

Until he meets Joan.

Joan, the battle station’s first female engineer, has one goal–survive long enough to help the big sexy cyborg plotting to kill her. Rage might not trust her but he wants her. She sees the passion in his eyes, the caring in his battle-worn hands, the gruff emotion in his voice.

When Joan survives the unthinkable, Rage’s priorities are tested. Is there enough room in this cyborg’s heart for both love and revenge?

END_OF_DOCUMENT_TOKEN_TO_BE_REPLACED 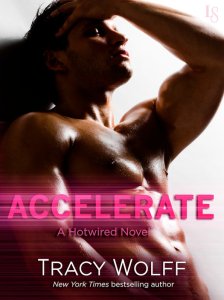 Blurb: A sexy carjacker takes a would-be starlet for the ride of her life as a pulse-pounding new series from New York Times bestselling author Tracy Wolff begins.

Once the brains behind a car-boosting ring, Nic Medina has spent the last three years playing it straight. Now drag racers flock to his L.A. auto shop, Hotwired, for a shot at going head-to-head with the man himself. But when a crooked cop gives Nic a treacherous ultimatum—steal ten high-end cars or watch his nephew disappear into the system—he makes the only choice he can, one that puts the life he’s worked so hard for at risk. No sooner does Nic agree than he spots some nasty competition—and a gorgeous bystander in harm’s way.

A small-town girl with Hollywood dreams, Jordan Bass never expected to be swept up in a real-life drama. But that’s exactly what happens when she witnesses a violent crime. And when a smoldering stranger takes the wheel and practically kidnaps her in a desperate bid to keep her safe, she’s not sure whether to scream . . . or kiss him. Nic’s bad news—but the real bad guys aren’t above silencing a witness. On a collision course with danger, Jordan finds herself falling for the man whose street smarts are keeping her alive . . . and whose touch puts her in high gear.

END_OF_DOCUMENT_TOKEN_TO_BE_REPLACED

Blurb:  The last thing Jake needs is an uptight female with a grumpy cat.

The last thing Tara needs is a nosey man.

When Meyers Security is hired to find a stolen, multi-million dollar thoroughbred, Jake uses the opportunity to chase down the one woman who’s hovered at the edge of his mind for far too long. Tara isn’t his type, yet he can’t shake the image of her lean, mean attitude, long black hair, and mysterious dark eyes.

Tara has a rep—handles whatever comes her way, and is paid top fees as an international equine escort. Jake is the one man who can get her to talk, but at what price? She has enough information to blow his case out of the water, but she’s been lying so long it feels like the truth.

One horse is missing. Will there be more?

END_OF_DOCUMENT_TOKEN_TO_BE_REPLACED 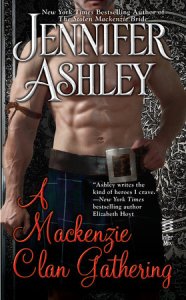 Blurb:  Ian Mackenzie is awakened at Kilmorgan Castle one night to find robbers stealing the priceless art collection of his oldest brother, Hart. Since Ian and Beth are the only ones in resident at Kilmorgan at the moment, Ian decides he must find the art and the culprits before the family shows up for Hart’s birthday gathering. With Inspector Fellows and Beth, he investigates, though Ian is somewhat worried by Beth’s late husband’s brother, a retired missionary, who decides to visit. Does John Ackerley hold the “cure” to Ian’s madness? And can Ian discover what has happened to Hart’s treasures, and who is targeting the Mackenzies before the enemy strikes again?

Return to Kilmorgan Castle to visit the Victorian branch of the Mackenzie family, and catch up on the brothers and friends, their children, and their lives.