Well, I want to thank everyone for following the blog tour for 415 Ink: Savior! I’m going to use the same intro for every piece in case someone jumps in midway because that way everyone starts off on the same page. So if you’re joining midway, be sure to backtrack and catch the other posts because we’ll be exploring tattoos. Be sure to catch Savior, a second book in the 415 Ink series, on its release date of September 18!

This has been a crazy series to write and as much as I enjoyed it, it’s always a challenge to bring a fully fleshed character with very real problems to the page. I hope that you read Savior you will fall in love with Mace and be with him on his journey as he in turn falls in love with Rob.

Since the tattoo shop, 415 Ink, is such a central heart of the series, I wanted to talk about tattoo symbolism very briefly because there’s a lot of opinions and cultural attachments to certain tattoos. What could be presented on this tour is just a small sampling of what people believe certain images mean and how they connect to the people who choose to wear them on their skin.

I’m going to say that tattoos are not for everyone but I do have a hard-core cultural association with them so I’m very fond of tattoos. I feel it is a very personal thing and should be taken seriously because you are going to wear it for the rest of your life. But, I also do believe even the tiniest flash tattoo means something to someone and everyone getting ink should be respected for their choices. Someone’s little flower on an ankle could mean their experiment into pushing themselves to fearlessness or capture memory of something they shared with someone. Not every tattoo needs to be huge or an artistic rendering of the Sistine Chapel. But they should have meaning.

I believe a tattoo should be a piece of yourself the inker draws out of your soul and embellishes on your skin. It should rise up from some part of you to realize its existence.

So there’s also giveaway! Enter to win a $20 USD gift certificate to an e-tailer of your choice which can include Dreamspinner, Amazon, Starbucks or any place I can send a gift certificate without having to sacrifice a chicken. Just comment to enter.

So let’s talk about ink.

Pin Ups – the women and the tattoos they inspired

Pin ups have been around for over a hundred years. They began in advertisements at the end of the 19th century in magazines, evolved into photographs as print media evolved, and began to feature movie stars during World War II. Hollywood stars wanted to give the boys far from home something to fight for. The Pin ups were tacked to barracks walls, tucked into sea chests, and even painted on fighting aircraft.

The pictures always feature a beautiful buxom woman in a sexy pose that is almost always kept tasteful. Betty Grable’s famous pin up picture showed her backside, while she glanced over her shoulder in a bathing suit. Pin up girls aren’t usually nude; they’re scantily clad and risque, but never explicit or inappropriate. There are lots of different examples of pin up girls, from Betty Paige, to Rita Hayworth.

Later versions of the pin up keeps the pretty hair and makeup, but features them wearing everyday clothes. Add tattoos to this picture and you’ve got what’s called a “rockabilly” pinup. These kinds of pin ups are largely inspired by fashion and style of the 40s, but with modern twists.

Pin up tattoos are popular with both men and women. They represent female independence and power, especially, again, Rosie the Riveter. A lot of women will get these tattoos to symbolize their strength, power and independence. Aside from that, pin ups are, at their core, images of beautiful women, and that’s something that will always be desirable.

Bombshell Pin Up — This is the pin up that you’re used to seeing. These are women with curves, red lips, risque clothing, and sexy poses. Bombshell pin ups are real-life people posing for photographs, with the traditional pin up style.

Burlesque Pin Up — You’ll see more skin with this kind of pin up, and some are NSFW. Think Betty Page and Dita Von Teese.

Classic Pin Up — A classic pin up would be an illustration, so a Gibson or Varga girl style of image. These are the original pin up images, with no actual nudity, and often cheeky poses.

Rockabilly Pin Up — Rockabilly is a more recent style of pin up, but it’s a very popular one currently. These are a rocker style of pin up. One classic, early example that comes to mind is Rosie the Riveter. She has a badass look, her hair tied up and she’s fully clothed – and not in feminine clothes either.

And of course, the iconic hula girls and geisha.

Pin up girls have become a timeless image that have only become better over time. Now that you know where the concept of pin up girls came from, you can appreciate pin up images and tattoo when you see them! 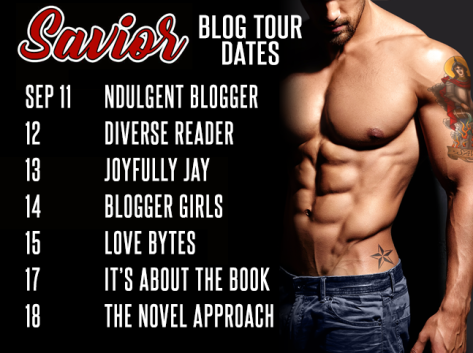 A savior lies in the heart of every good man but sometimes only love can awaken the man inside a savior.

The world’s had it out for San Francisco firefighter Mace Crawford from the moment he was born. Rescued from a horrific home life and dragged through an uncaring foster system, he’s dedicated his life to saving people, including the men he calls his brothers. As second-in-command of their knitted-together clan, Mace guides his younger siblings, helps out at 415 Ink, the family tattoo shop, and most of all, makes sure the brothers don’t discover his darkest secrets.

It’s a lonely life with one big problem—he’s sworn off love and Rob Claussen, one of 415 Ink’s tattoo artists, has gotten under his skin in the worst way possible.

Mace’s world is too tight, too controlled to let Rob into his life — much less his heart — but the brash, Filipino inker is there every time Mace turns around. He can’t let Rob in without shaking the foundations of the life he’s built, but when an evil from his past resurfaces, Mace is forced to choose between protecting his lies or saving the man he’s too scared to love.

Rhys Ford is an award-winning author with several long-running LGBT+ mystery, thriller, paranormal, and urban fantasy series and is a two-time LAMBDA finalist with her Murder and Mayhem novels. She is also a 2017 Gold and Silver Medal winner in the Florida Authors and Publishers President’s Book Awards for her novels Ink and Shadows and Hanging the Stars. She is published by Dreamspinner Press and DSP Publications.

She’s also quite skeptical about bios without a dash of something personal and really, who doesn’t mention their cats, dog and cars in a bio? She shares the house with Harley, a grey tuxedo with a flower on her face, Badger, a disgruntled alley cat who isn’t sure living inside is a step up the social ladder as well as a ginger cairn terrorist named Gus. Rhys is also enslaved to the upkeep a 1979 Pontiac Firebird and enjoys murdering make-believe people.

Rhys can be found at the following locations: