Blurb:  Stone the Crows – When the Winter comes, the Wolves will come down over the walls and eat little boys in their beds.

Doctor Nicholas Blake might still be afraid of the dark, but the monsters his grandmother tormented him with as a child aren’t real.

Or so he thought… until the sea froze, the country ground to a halt under the snow, and he found a half-dead man bleeding out while a dead woman watched. Now his nightmares impinge on his waking life, and the only one who knows what’s going on is his unexpected patient.

For Gregor it’s simple. The treacherous Prophets mutilated him and stole his brother Jack, and he’s going to kill them for it. Without his wolf, it might be difficult, but he’ll be damned if anyone else gets to kill Jack—even if he has to enlist the help of his distractingly attractive, but very human, doctor.

Except maybe the Prophets want something worse than death, and maybe Nick is less human than Gregor believes. As the dead gather and the old stories come true, the two men will need each other if they’re going to rescue Jack and stop the Prophets’ plan to loose something more terrible than the Wolf Winter.

28 May – The Novel Approach 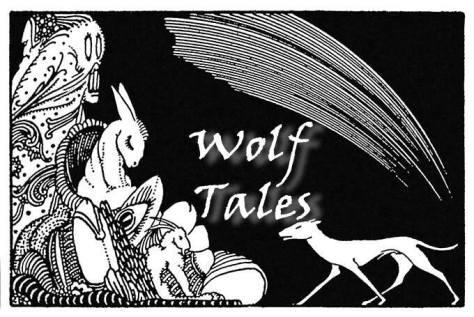 When Dr Nicholas Blake was a little boy he lived with his Granny in a little grey house in a long grey street in Glasgow. His granny wasn’t like other grannies. Other grannies told their grandchildren fairy stories, his granny said that the fairies were all dead.

Once upon a time, she’d say after she tucked Nicholas in, there were all sorts of strange, Wild things that lived in Britain. Black Dogs haunted graveyards and back roads and Horned Men, although they were not and never had been men, raced stags in the forest. Fat, wet worms grew to impossible lengths and brooded under hills and towers.

Some of these Wild things could be bargained with and would trade some small favours or power for mortal things. Heart’s blood perhaps, three drops for the symbolism of it, or a handful of sugar cubes. Some of them fed on people’s thoughts and feelings and would lead them astray so they could gulp down their fear or their lust before they finally revealed what they really were. Most of them just ate people. It was easy back then, people were like soft crabs who hadn’t grown their shells yet.

Then the wolves came.

They marched as men at first, under an eagle and in the skin of humanity, and followed the orders of men who liked straight lines and gold coins. Except men cannot be trusted, boy, and neither could the man these wolves followed. He found out what they were and banished them up to the cold highlands, to the people they’d fought only a day before.

Where they’d arrived as men — with a country, honour, and a wage of small, silver coins — but once that was all stripped away they were left as wolves.

If this was where they’d been banished to, this is where they would stay. They took this land as their home, they took the local gods as their own, they made a home.

But wolves are hungry, boy, and men are greedy.

A wolf was chased from a kill by a horned man, his ribs staved in by hooves and his flanks bloodied by horns, and the pack returned that night. In the morning the forest was empty and they were full of venison. A worm crawled through a wolf pack’s territory, the ground sour and poisoned in its wake, and the wolves drove it into the sea to be picked apart by fish and stones.

Maybe some will o’ the wisp is still buried in a swamp somewhere, and the selkies still swim–it’s said–although they soon learned not to come to these stores.

So don’t worry about fairy stories, boy, just listen to what your granny tells you.

TA Moore genuinely believed that she was a Cabbage Patch Kid when she was a small child. This was the start of a lifelong attachment to the weird and fantastic. These days she lives in a market town on the Northern Irish coast and her friends have a rule that she can only send them three weird and disturbing links a month (although she still holds that a DIY penis bifurcation guide is interesting, not disturbing). She believes that adding ‘in space!’ to anything makes it at least 40% cooler, will try to pet pretty much any animal she meets (this includes snakes, excludes bugs), and once lied to her friend that she had climbed all the way up to Tintagel Castle in Cornwall, when actually she’d only gotten to the beach, realized it was really high, and chickened out.

She aspires to being a cynical misanthrope, but is unfortunately held back by a sunny disposition and an inability to be mean to strangers. If TA Moore is mean to you, that means you’re friends now.