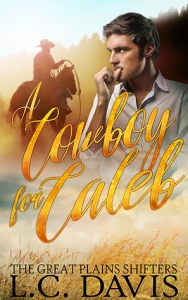 This midwestern Alpha might be a little rough around the edges, but he lives by a few simple principles and honor is chief among them.

Nonetheless, when tragedy strikes the Meadowlands Pack, Dustin feels he has no choice but to bring his twin’s mate home to take care of him. The only problem is, Caleb isn’t anything like Dustin expected of the city omega who stole his brother’s heart and divided their family.

What starts out as trying to do the right thing soon becomes a blurry series of complicated decisions that lead Dustin further away from the path he’s always followed—and further into the arms of the one omega he was never supposed to want.

Caleb has been through the worst a mated omega could fear. He’s lost his mate and their unborn child, and now he finds himself at the mercy of an Alpha who has every reason to hate him.

Despite being twins, Dustin and Caleb’s former mate, Alec, are nothing alike. Caleb wants nothing more than to please his new Alpha and secure his position in the pack, but Dustin seems to take everything he says the wrong way.

As forbidden tensions mount between Alpha and omega, Caleb begins to fear that Dustin will start taking his developing interest the right way.

This is a hurt/comfort MPREG romance at approximately 37k words, HEA guaranteed.

Review: I’m a big fan of MPREG and shifter stories, just let me start off by saying that. I love the mate/fate aspect and finding that one true person you’re destined to spend the rest of your life with. With that said when it’s not that kind of story, I need to know why.

This story started out with Caleb in the hospital. Was it a human hospital? A shifter one? Do humans know about shifters? I don’t know. I wanted to know about the human/shifter relationship. I was so confused for the rest of the book.

Then we get to Alec and then I was even more confused. Are shifters not as strong and hard to kill? Do they not have healing abilities? What does it take for them to not be able to heal? I wanted to know about what it really meant to be a shifter in this world.

Finally we meet Dustin and I liked him for the most part, but I needed to know what imprinting meant in this world. What made Dustin imprint on Caleb? Fate? How could Dustin resist Caleb for as long as he did? Did his shifter side not want to take over and take what was his? Dustin did make me upset though about Noreen. Any Alpha worth a grain of salt would have done something before it got out of hand. I didn’t buy the romance/love between Dustin and Caleb. I didn’t feel it and I’m not sure what could have changed that. Their mating felt forced to me and not one out of love.

I have way too many questions and this was before we got to the MPREG. Do all Omegas have powers like Noreen? Are Alphas the only ones that can impregnate Omegas?

As you can see, I didn’t really care for this story, because I was questioning most it. Also, I need more shifting in my shifter stories! I think Zander might be getting his own story, but I’m not sure if I’ll be moving on in this series. I am curious though.