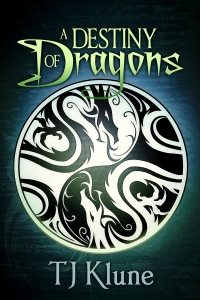 Blurb:  Once upon a time, the wizard’s apprentice Sam of Wilds got his happily ever after in the arms of his cornerstone, Knight Commander Ryan Foxheart. A year has passed, and while Sam’s been captured five or six more times since then, things are pretty great. His parents are happy, Gary and Tiggy still eat sass for breakfast, Randall is somehow alive despite being older than the gods, the King rules with a gentle hand, Kevin the dragon is as gross as ever, Morgan sighs a lot, Ryan continues to be dashing and immaculate, and Sam is close to convincing Prince Justin they will be best friends forever.

Because Vadoma, the leader of the gypsy clan and Sam’s grandmother, has come to the City of Lockes with a dire prophecy written in the stars: a man of shadows is rising and will consume the world unless Sam faces his destiny and gathers the five dragons of Verania at his side.

And she brings along her second-in-command, a man named Ruv.

Review:  The first book in this book was EPIC. The fantasy element lends Tj Klune to limitless possibilities for that brilliant mind of his. Expect all the humor and outrageous characters and situations we’ve come to expect from this author. There is so much more than humor though. Magic and romance. Kings, unicorns and dragons. Danger and quests. Amazing characters with complex relationships. If for some reason you haven’t read The Lightning Struck Heart, stop right now because there will be spoilers from the first book and go download it. It’s FANTASTIC! It’s one of the best books I’ve ever read. To say I love it is an understatement.

A Destiny of Dragons picks up where TLSH leaves off. Sam and Knight Delicious Face aka Knight commander Ryan Foxheart are in a serious relationship. Sam is continuing his wizard apprenticeship with Morgan. Everything is going great until his long lost gypsy granny shows up to bad touch and lay some scary prophecies on Sam. There’s a baddie coming that is much worse than any Dark Sam has ever faced or heard of. AND of course defeating him is part of Sam’s destiny. The fate of the world depends on him. Sam just wants life to stay as it is but with danger banging on the doors of Verania that’s not going to happen.

Book 2 of this series felt heavier than book 1. TLSH was fairly angsty. Sam and Ryan torn between duty and love. In ADoD their lives and happiness are threatened by a man so powerful and evil even Randall and Morgan are scared. Tiggy, Gary, Kevin and Ryan join Sam on his journey to fulfill his destiny. There’s a third wheel thrown into HaveHeart but luckily it’s not a real threat to our couple. I would have gotten pissy! I hate love triangles. I’m secretly hoping for Ruv and Justin. Why not? While the first book felt complete, this one is obviously leading somewhere. Some people might not enjoy this I quite as much because there is much more to come from our crazy gang of heroes. It’s a new chapter and a stepping stone for what’s to come. I personally enjoyed every minute of it. There’s a much more serious vibe to this one too. Don’t get me wrong. I laughed out loud most of the book but there is some heaviness that comes with defeating the ultimate baddie and saving the world plot. I can’t wait to get the next book in my hands. That’s what I hate about my favorite series. You burn through it and then have to wait. I loved it though. This series is amazing and I absolutely recommend it. Bring on the rereads!