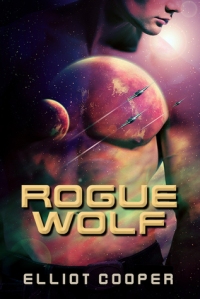 Blurb: Exiled from his home planet for loving an enemy, Vince turned to space piracy aboard the Cygnus. Disguised as a human thanks to his species’ shifting abilities, Vince feels secure. But he’s not safe from memories of his murdered lifemate—or from a growing attraction to Trent Rolston, the ship’s captain, he feels honor bound to ignore.

Trent, though, is determined to prove to Vince there’s nothing wrong with becoming more than friends. But Vince is surprised by his species’ mating call, despite being deep in space and far from home.

Just as their relationship begins to evolve, the Cygnus comes under attack from hunters determined to destroy Vince and his chosen family.

(Author’s note: this title was previously published under another pseudonym. This version has been heavily updated and includes 5k additional words plus a brand new ending!) END_OF_DOCUMENT_TOKEN_TO_BE_REPLACED

END_OF_DOCUMENT_TOKEN_TO_BE_REPLACED 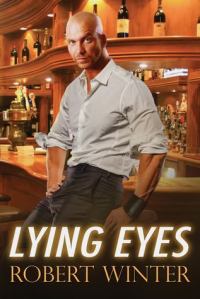 Blurb:  This bartender’s art lies in more than mixing drinks …

Randy Vaughan is a six-foot-three mass of mysteries to his customers and his friends. Why does a former Secret Service agent now own Mata Hari, a successful piano bar? Where did a muscle daddy get his passion for collecting fine art? If he’s as much a loner as his friends believe, why does he crave weekly sessions at an exclusive leather club?

Randy’s carefully private life unravels when Jack Fraser, a handsome art historian from England, walks into his bar, anxious to get his hands on a painting Randy owns. The desperation Randy glimpses in whiskey-colored eyes draws him in, as does the desire to submit that he senses beneath Jack’s elegant, driven exterior.

While wrestling with his attraction to Jack, Randy has to deal with a homeless teenager, a break-in at Mata Hari, and Jack’s relentless pursuit of the painting called Sunrise. It becomes clear someone’s lying to Randy. Unless he can figure out who and why, he may miss his chance at the love he’s dreamed about in the hidden places of his heart.

Note: Lying Eyes is a standalone gay romance novel with consensual bondage and a strong happy ending. It contains potential spoilers for Robert Winter’s prior novel, Every Breath You Take. END_OF_DOCUMENT_TOKEN_TO_BE_REPLACED

Blurb: Big girls don’t cry.
They go after what they want.

Thanks to her bangin’ curves, Valerie Carmichael has always turned heads-with the exception of seriously sexy Logan Mathis. Just Valerie’s luck that the object of her lust-filled affection is also best friends with her overprotective brother. But Valerie’s determined to get Logan’s attention . . . even if it means telling a teeny little lie to get a job at his new bar.

Logan can’t remember a time when Valerie didn’t secretly fuel all his hottest fantasies. Now the curvaceous she-devil is working behind his bar, tempting him every damn night. It’s only when he finds Valerie’s naughty things-to-do list that Logan decides to break every rule in the book-by making each red-hot deed a reality.

At night I’m June, dominating with the whip, even as I crave the hot, searing blow of the cane, myself. I loathe this side of who I am, but I can’t deny it or escape it. And as my clients cry out for me, begging for mercy, I can’t help but want June dead.

By day, I’m Alex Ryan, the good, successful Southern woman everyone thinks I am. I’ve compartmentalized my life to make it bearable, and to get what I want most: revenge. I can have a future with June dead, as soon as I confront the man that terrorized my past.

Cade Brannon is the local gun for hire, part of the seedy underworld of Dallas, but he may also be my savior. I want his help and he wants me. But Cade refuses to play by my rules and is forcing his way into every one of those compartments that I want to lock away. Now the parts of my life I’ve fought so hard to keep separate are bleeding together and it’s tearing me apart. END_OF_DOCUMENT_TOKEN_TO_BE_REPLACED