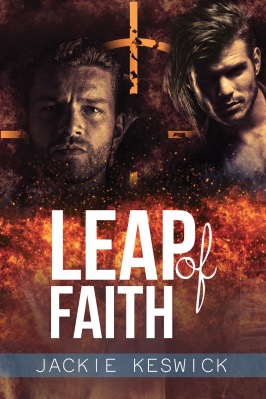 
Blurb: Close friends and partners at FireWorks Security, Joel Weston and Kieran Ross know each others strengths and weaknesses. They have each others backs, make a formidable team, and carefully ignore their volatile chemistry.

When Kieran struggles with the aftermath of an assignment gone wrong, Joel is there to help. When Joel is caught in an explosion, Kieran jumps into a burning marina to rescue the man who means so much to him. But they never discuss whats closest to their hearts, not prepared to risk their friendship for the mere possibility of something more.

Faced with bombs, assassins, and old ghosts, Joel and Kieran must find out why theyre targets, who is coming after them, andmost of allhow each would feel if he lost the other. Should they continue as best friends, or is it time to take a leap of faith?


Review: Kieran’s personal crisis gets blown out of the water when his partner Joel is seriously injured while rescuing a child hostage (Yeah, I went for that cheap joke.). Joel survives his injury, but both men become targets and end up in hiding. Joel may have survived the injury, but he’s still wounded and Kieran still has problems of his own and neither guy wants to deal with the fact they’ve been in love with each other for years. While Joel and Kieran are in hiding it becomes more and more obvious events from Kieran’s past are coming to haunt his future. Joel and Kieran decide they’re done wasting time being in love from afar. This complicates their lives in ways they didn’t expect at a time when the complications are coming fast and hard.

I both liked this book and felt it had some issues. I like Joel and Kieran, I enjoy the suspense premise, but found myself frustrated at what felt like a lack of explanation in many situations. I think some of this may have been explained by the fact this is a novella and possibly the beginning of a series. At the very least I think there will be a sequel. I’m hoping a lot of things are explained. As is I was left wondering about what was happening in too many situations to feel comfortable. I enjoyed the romance between Joel and Kieran, and like the set up of the crimes and conspiracy if I’m reading them right. It’s the reading them right part that has me most frustrated. The crimes and conspiracy is a little convoluted. If I’m not reading it right I really don’t have any clue what’s up or down or sideways. This made for a read that was good, but a little perplexing.

Jackie Keswick was born behind the Iron Curtain with itchy feet, a bent for rocks and a recurring dream of stepping off a bus in the middle of nowhere to go home. She’s worked in a hospital and as the only girl with 52 men on an oil rig, spent a winter in Moscow and a summer in Iceland and finally settled in the country of her dreams with her dream team: a husband, a cat, a tandem, a hammer and a laptop.


Jackie loves unexpected reunions and second chances, and men who don’t follow the rules when those rules are stupid. She blogs about English history and food, has a thing for green eyes, and is a great believer in making up soundtracks for everything, including her characters and the cat.


And she still hasn’t found the place where the bus stops.


For questions and comments, not restricted to green eyes, bus stops or recipes for traditional English food, you can find Jackie Keswick in all the usual places: