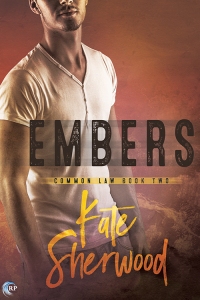 He doesn’t really need a biker war on top of it all, but as the bodies start to pile up, it becomes pretty clear that’s what he’s got. Not only that, but Wade’s involved somehow, and as soon as Wade is a part of something, things that seemed clear become cloudy.

With the feds breathing down his neck, Jericho has to find his way through Wade’s maze of half truths and manipulations. It would all be so much easier if Jericho could think straight in the other man’s presence. So much easier if their passionate past could be forgotten, and if he could be sure he’s strong enough to resist the temptation of a passionate present.

Review:  I’m loving this series! After finishing this book I couldn’t wait to get my hands on the next one. In book 2 Jericho is back in Mosley. He’s temporarily left his job on the force in LA to help out Kay by becoming her under sheriff. Of course trouble starts right away when 3 dead bodies turn up. The gang of Bikers are responsible and there’s some talk of Chicago mobsters being involved. The FBI and DEA are still hanging around town and take the case leaving Mosely PD out of the loop. We all know that isn’t going to stop Jericho from poking around. It just makes things a little trickier. Then Jericho gets tangled in with the DEA further complicating things. Wade and his name keep popping up making it harder for Jericho to keep his feelings about him in check.

This book reveals a lot more about who the characters are. In book one Jericho can’t wait to get out of town. In Embers he’s back and has to deal with a town full of people from his past and some he doesn’t know. He’s settling in and learning to adjust to his new role in Mosely. Then there’s maneuvering around the DEA and the case. His father’s murder still isn’t solved. Jericho is also struggling with thinking he needs to be there for his new found family but Nikki is obviously up to something. Something not on the up and up. This adds another complication to Jericho’s struggle with staying on the right side of the law. That line is getting more blurry each book.

Although I really like Jericho, for me the one who steals the show in this book is Wade. He doesn’t get nearly the page time because the books are told from Jericho’s POV but we start to see just how brilliant of a criminal mastermind Wade really is. The best thing though is that he’s SO likable. Frustrating as hell but damn he’s sexy. You totally get why Jericho would still be hung up on him. I love their banter. We start to see some little cracks in their emotions. There’s pain, anger and regret that fifteen years apart hasn’t healed. There’s still love and lust that makes itself known every time they meet up too. Jericho is usually dousing out the fires that burn between them with his conscience and spouting off at the mouth but you can feel his resolve slipping. Giving into lust is easy but their problems are still there. There are also moments when Wade reveals himself to Jericho further confusing him. It’s just so damn good. I love a slow burn and Wade and Jericho are giving it! Once again I recommend this series.