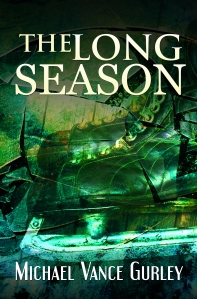 It’s About The Book is happy to host Michael Vance Gurley.

Thanks for having me over today. My new novel, The Long Season, from Bold Strokes Books came out on 6/14/16. It is historical fiction about the struggles of coming to terms with sexuality and trying to find love in the Roaring Twenties of Chicago on a pro hockey team. In my own naiveté I assumed that gay life in the 1920s was all blacked out windows of tiny, hidden, seedy bars and dangerous liaisons in parks that populated the 1950s. I envisioned no real community or those bars representative of James Baldwin’s Giovanni’s Room. When I did the research at great sites like this one, I was shocked to find that there were places that LGBT people could go to be with like-minded individuals. For the novel and my own fascination, I dug deeper. What I found was an amazing, rich history of mixed messages, acceptance and danger.
In Chicago, as in several other big cities, a subculture had grown out of the mass gathering of people around industry, employment opportunities, and shopping. This subculture of gays and lesbians found a home in Chicago’s Near North community called Towertown. It was filled with free thinkers, anti-establishmentarians, socialists, artists, writers, poets, and gays and lesbians. Most of these people had lived in secrecy and constant fear in small towns, choosing to migrate to the big, thriving, metro areas for safety. In places like Towertown, they found relative freedoms where they could make contacts with community members. The liberal environment of the 1920s brought about a more open, experimental society, which fostered LGBT community growth, where in small towns, gays and lesbians were ostracized. 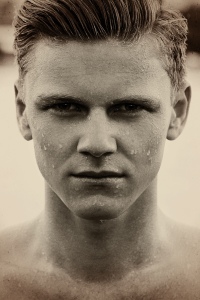 Speakeasy performance clubs like The Dil Pickle Club, where my main characters Brett and Jean-Paul have their first, seminal romantic moment, saw gay clientele, drag performers, and discussions on homosexuality and rights. There was a great saying painted on the front door that read, “Step high, stoop low, leave your dignity outside” that let customers know that inside you would find people breaking the mold. Washington Square Park became a famous political gathering spot where people could express their ideas, and gays and lesbians congregated there to be among people open to hearing about civil rights issues. At the North end of town, the Bally Hoo Café had drag nights. There were beaches people could go to meet as well, but even with all of this, raids and violence from police and straight patrons occurred. Many in the community went to private events like the one my fabulous flapper Margret takes Brett to meet other gays. To be included, connections would need to be made, and to do that, one would have to take risks in going to clubs, and possibly be outed by police in a raid, like the one Brett gets to experience.
My novel is full of jazz since the 1920s became known as the Jazz Age. Names like Louis Armstrong and Duke Ellington make us smile and remember greatness, it was a sad fact black musicians could not eat or drink as customers at the places they played. On the south side of Chicago, a popular speakeasy area grew, and black and white players could enjoy both playing and drinking there. Where did black gays and lesbians go? A few clubs sprang up, but the biggest draw was in the mid 30’s where a drag ball circuit took place at the Coliseum under the guise of being a Masquerade Ball. As much as there was a growing fascination with dancing amongst men in drag, it was also considered a good time to go there and poke fun at the spectacle.
There were laws against cross-dressing, but if the party advertised as a costume party, it would be overlooked for one night. These shows grew large in the early 30’s, with straight people coming to gawk and dance around homosexuals. There was next to nothing out there in the way of positive, healthy information about being LGBTQ+, and there weren’t any civil rights on record. In fact, there were many laws criminalizing all aspects of LGBTQ+ life. For us, the public interest meant some level of freedom and self-expression. The horror of the situation came the next day, when your local hangout would be raided and patrons arrested under clothing laws, which stated that everyone must wear a certain number of clothing items from your gender to remain legally dressed. That meant Saturday at the ball you could fully dress how you feel, and on Sunday you had to conform or risk harassment and imprisonment. Brett experiences this dichotomy fist hand while trying to make his way in the public life of a sports professional.
These were the struggles of the community in the booming Roaring Twenties. There was some level of acceptance for the LGBT community. There were places to go to be with peers. There was an interest in seeing gays and lesbians in drag. There was also danger in being identified by bosses and neighbors. This same explosion began again in the late 60s and again in the age of Will and Grace and activism is important to ensure the gains we’ve made do not get reversed as they have in the past.
The Long Season explores the lives of two gay men, and their allies, as they attempt to find love with one another in this time were they could have an open life in some places, while risking everything if found out. How did they navigate this tightrope? What was it like inside a gay speakeasy like the Dil Pickle? What happens when someone does find out their secret and threatens to expose them? You’ll have to pick up or download a copy at Bold Strokes Books or wherever books are sold to find out. Still not sure? Check out The Long Season trailer!