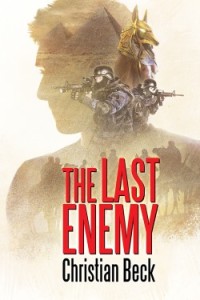 Blurb: Highly decorated Delta Force operator and Iraq war hero Simon Monk loses everything when his romantic partner defects to Beijing after being caught selling US secrets to Chinese Intelligence. Monk is drummed out of the Army from the blowback but gets a second chance at a career when he is recruited into a covert group within the CIA.

Years later Monk’s latest assignment sends him to Cairo, where the head of station has disappeared amid a highly publicized sex scandal. But things are not what they seem. When the base chief turns up dead and the Egyptian government looks the other way, Monk and his team hunt down the assassin.

All roads lead to a ruthless and lethal cult from Egypt’s ancient past who discard every unwritten rule of espionage to win. Monk is forced to take to the shadows to find and destroy his most dangerous adversaries yet, as a chain of events threatens to ignite war in the Middle East.

Review:  So, this book started with a scene that reminded me too much of the scene from The Bourne Identity where Jason sneaks onto Wombosi’s yacht. Possibly, being so strongly reminded of something else at the beginning of the book set the tone wrong, but I found myself greatly disliking this book as I tried to read it. I don’t want to be cruel, but I didn’t like anything I read in this book, so I stopped reading it. Life is too short and I’m too busy to read books I actively dislike. I will say it was the prose itself I disliked the most. It felt to me like someone being overly descriptive in an attempt to increase word count. There is nothing here that I would personally recommend, but several people whose opinions I respect loved this book. It may be just what a fan of spy thrillers is looking for. Best of luck.