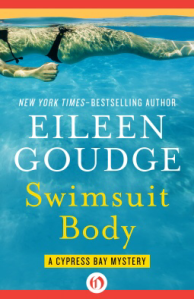 With a Hollywood movie about to start filming in the California seaside town of Cypress Bay, Tish Ballard, owner of Rest Easy Property Management, welcomes her first celebrity tenant. Delilah Ward isn’t your typical beautiful, spoiled actress; she’s America’s sweetheart. Even Tish is charmed by the young star, which makes her gruesome discovery of Delilah’s bloodied corpse all the more gut-wrenching.

When someone near and dear to Tish is named a person of interest, the fearless property manager defies the wishes of her former heartthrob, homicide detective Spence Breedlove, and launches her own investigation—with help from her best friend, Ivy, and her erstwhile sidekick, McGee. But no sooner than she starts rubbing elbows with the movie cast and crew—including Delilah’s eerily efficient personal assistant, the starlet’s sexy costar, and the film’s predatory director—is her own life threatened. With so much at stake, Tish has no choice but to do whatever it takes to lure a crafty killer out of hiding.

Swimsuit Body is the 2nd novel in the Cypress Bay Mysteries, which began with Bones and Roses, but the books can be read and enjoyed in any order.

Review: Tish Ballard has been sober for four years and working with real estate for far longer. After her low bottom-out, she’d started her own real estate management company, and it was keeping her very busy. Renting a place to celebrity actress Delilah Ward while she was filming nearby was Tish’s first shot at the celebrity market–but she wasn’t sure she wanted to deal with their celebrity egos. Hopefully, they wouldn’t arrive days early and trash the place like Delilah apparently had. It was hard to imagine Delilah’s anal assistant Brianna allowing that to happen! Meeting Delilah and hearing her explanations calmed Tish down, and she left thinking the actress was a sweet woman.

Hopefully, they wouldn’t arrive days early and trash the place like Delilah apparently had–Yikes! When Tish went by the house to leave a gift basket, she found the place a mess and the actress already in residence. Luckily the two clicked and Tish filed it away in her mind as forgiven.

But she couldn’t get the worry that Delilah and crew would somehow damage her client’s home, so she checked in later in the week only to find Delilah’s body. Dead by the pool. Why is this always happening to Tish? What’s with her seeming to attract dead bodies?

In the course of the murder case, Tish not only gets involved in her own investigation but she meets up again with her high school nemesis, Detective Spence Breedlove, who warns her about going off and nosing around on her own. When her brother Arthur becomes a suspect in the case, however, the gloves come off. Spence is going to have to shove it if he thinks she’s going to let her little brother go down for something he hadn’t done.

Armed with her best friend Ivy and her investigator friend McGee, Tish is determined to make sure that the cops catch the real killer. But there are more surprises in store for her than who actually killed Delilah. Great read that I really enjoyed! Thanks