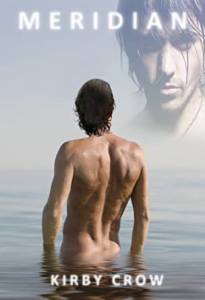 Blurb:  Grant Baines runs a specialty-tour company with his sister, Andie. The tour part is ushering frat boys around the Gulf of Mexico in his charter yacht. The specialty is that he’s an ex-military psychologist who does favors for the government. When Grant is asked to spend a week evaluating traumatized FBI Advisor Matty Sawyer, he agrees, thinking it will be just another babysitting assignment.

Grant is more relaxed in a bondage playroom than he is going on a date, so he’s amazed at how strongly he’s attracted to the damaged but brilliant man who arrives in his town. Grant’s job is to assess Matty’s stability to return to the FBI after Jaeger Koning— Matty’s former lover— is charged with multiple assassinations.

Knowing Matty’s past poses a danger to his family, Grant is determined to keep his distance, until Matty reveals a submissive side that Grant finds impossible to resist.

Review:   Grant Baines is going to assess Matty Sawyer for the FBI. It’s going to feel more like a vacation than a clinical assessment for Matty. He’s lucky about that. It’s probably the first bit of luck he’s had in a long time. Matty didn’t realize the man he’d fallen in love with was an assassin. Matty and Grant experience a fairly instant attraction. That’s not really going to work for either guy. First off, Grant isn’t going to put the moves on his patient. You just don’t go there. Matty knows he’s not ready for anything remotely relationship related. So of course they do it anyway. Grant fully removes himself from Matty’s case, and Matty tries to accept his insane former boyfriend will stay behind bars where he belongs. Unfortunately for everyone, Matty’s ex is not only insane, he’s also well connected and deeply resourceful. He doesn’t stay behind bars. Everyone Grant knows becomes a target. Matty has to decide whether or not he’s going to put Grant and his family in danger. Matty has to decide whether or not he can trust Grant to make his own decisions about his own safety.

Matty and Grant really do pick the worst way to start their relationship. It’s fun to read, but wow! Matty has a lot of problems he’s not even willing to look at when the book starts. Both guys are really good at repressing their own issues, and they’ve got a skilled assassin chasing them down while they’re trying to reconcile their problems with their newfound attractions and emotions. It all made for a really good romantic suspense novel.

Grant’s sister is kind of a jerk. I think that’s wonderful. I’ve been very drawn to realistic portrayals of unhappy people for a while, now. I want to see people who are complex, don’t do the right things, and still have a family, friends, and loved ones. The overwhelming majority of people in the world are neither villains nor perfect. My favorite fictional characters are some shade of grey. Even Jaeger Koning was a complex villain. Yes, he’s a total nutjob, killer, but he deeply loves Matty and truly wants what’s best for him. It’s creepy as all get out. I find that complexity to be so much more compelling. I can’t predict what Jaeger is going to do.