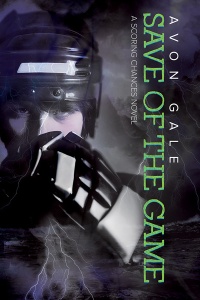 Blurb: A freak accident during the Stanley Cup Playoffs put an end to Max Ashford’s hockey career. Despite everything, Max gets back into the game he loves—only this time, behind the bench as an assistant coach of the Spartanburg Spitfires, the worst team in the entire league. But nothing prepares him for the shock when he learns the new head coach is Misha Samarin, the man who caused Max’s accident.

After spending years guilt-ridden for his part in Max’s accident, Russian native Misha Samarin has no idea what to do when he’s confronted with Max’s presence. Max’s optimism plays havoc with Misha’s equilibrium—as does the fierce attraction that springs up between them.

Not only must they navigate Misha’s remorse and a past he’s spent a lifetime trying to forget, but also a sleazy GM who is determined to use their history as a marketing hook. But when an unwelcome visitor targets a player, Misha revisits his darkest days, and that might cost him and Max the beginning they’ve worked so hard to build.

Review: I’m a huge fan of this series making it a must read for me. I was saving this for either a consolation prize if my Blues didn’t advance in the playoffs or present if they won. They totally won BTW! Go BLUES! Anyway, this book can be read as a stand alone I think. There’s a very small cameo from the couple in book 2 but I don’t think not knowing their story with leave anyone lost. I of course recommend reading them all. They’re great and about hockey players so why not?!

In hockey lots of hits happen. In this story a hit by one of the MCs, Misha, caused a fluke career ending injury to the other MC, Max. Both have a lot of issues they need to work through about it. Max because it ended his career way too early. Which cut off his money and changed his life plans. All he ever wanted was to play hockey. Even though Misha didn’t hurt Max on purpose he harbors a ton of guilt about ending his career. They’re reunited for the first time when they learn they’ll be head and assistant coaches of the same losing no fans farm team. As they learn how to work together and get over their pasts they also realize they share an attraction to one another. Which turns into the first real relationship they’ve ever had with a man. The fact they have to keep it all secret only complicates things further.

Power Play was pretty angsty. Misha is Russian. He comes from a very strict and closed off upbringing. Being gay and Russian is a very bad thing. Hockey literally saved his life. He has a lot of shame and guilt to work through in this book. He’s gorgeous and successful but he thinks he’s not worthy of love. I thought his struggle was very compelling. Max helps him realize he can have love and a career. Friends and a created family. To let him know what he’s done in his past doesn’t matter. That he’ll love him anyway. Max also added a lot of humor to the book. As always with this author the back and forth banter is fun and sexy. This being Max’s first real sexual experiences beyond a vacation blow job makes for some very sexy scenes. He wants to try everything. Through this both men find intimacy and joy. Friendship and love follow. It makes for a very good read.

It felt like through another player experiencing something similar to Misha’s past he heals a bit. Maybe seeing it mirrored in another person helps him realize it’s okay to move on and past mistakes. That sometimes you have to do what you have to do. Max being there for him and giving him the support he needs to understand what a great man he’s become was just what he needed. This book is a little painful but the ending leaves you feeling happy. Hopefully it’s setting up our next love story also. Another goalie! Love this series!