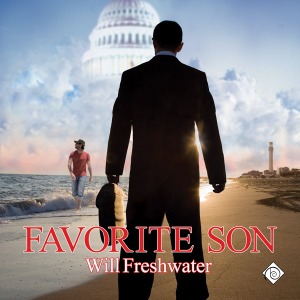 Blurb: Born into a blue-collar family, John Wells beat the odds and came out a winner. As chief of staff to Patrick Donovan, a US senator and aspiring presidential candidate, he enjoys all the power and privilege of a DC insider. But while riding high on a wave of success, he’s blindsided by a series of betrayals from the people he trusts the most. In the space of a single day, John’s perfect life unexpectedly unravels when his career falters and his marriage implodes. Following a final, devastating blow, John assumes a new identity as “Peter” and flees to Provincetown, where a tight-knit community of eclectic characters slowly transforms him.

Peter finds himself drawn to Danny Cavanaugh, an enigmatic carpenter who is struggling to come to terms with his own troubled past. As they work together to renovate a local landmark, the two men forge an unlikely friendship that blossoms into love and becomes the foundation for a new life they hope to build together. But when a reversal of fortune pulls John back to DC, the treacherous world of politics he thought he’d left behind threatens to destroy his chance at true happiness.

Review:   The audio version of this book was my first experience with this author, but not with this narrator. Typical of my previous experience with his work, Nick Russo delivered an excellent performance. This was especially crucial in a story such as this one, which is somewhat understated and introspective. The perfect choice of narrator definitely drew me hook, line and sinker into the story. Seeing Mr. Russo’s name on a narration will always pique my interest.

This appears to be the debut novel for Will Freshwater, and he enters with a bang. His writing style is fresh, evocative, without being flowery or tedious. I found myself realizing there was a lot going on between the lines: unsaid, unexposed to the reader. This was okay; it required careful attention by me as the reader and had me really thinking about what was going on in John’s head. There was no spoon feeding as to exactly what one was to discern about events. I also had to relax and “go with the flow” instead of questioning too many things as they occurred. This writing technique worked marvelously for me.

Who would have thought losing it all could actually lead to finding what is truly missing?

John Peter Wells is a big man in Washington DC. As chief of staff to presidential hopeful senator Patrick Donovan, he is on the political fast track. He counts the Senator’s daughter as his best friend, and he shares a home with his long- time partner. Although far from a louse, John is certainly not perfect. Ironically, his own ambition has blinded him somewhat to the duplicitous, favor ridden, power-hungry, shallow world in which he roams. John has spent so much time making things perfect for the Senator that his personal life, in fact his very core self, has eroded significantly. Unforeseen by him, his carefully built house of cards comes crashing down. John had put everything on the line, only to have the rug unceremoniously pulled out from under him. When his life implodes, shattered by loss and deceit — John runs. I was thoroughly invested in John at this point, and more than willing to run with him. I wanted to see him through his grief.

Stricken, John strikes out with only the clothes on his back. He doesn’t go to the ends of the earth, but Provincetown seems like a world away from DC. Here John appropriates the name Peter (his twin who died at birth, and also his own middle name). Without realizing it, John is actually falling into DC duplicitous tactics by assuming a new name, in fact a new identity, upon landing in Provincetown. It serves him well in the beginning, as the unassuming residents of Provincetown kindly assimilate him into their fold. These supporting characters are all colorfully portrayed, as is the general setting of Provincetown. Losing himself in this tranquil, yet energetic setting, allows Peter/John to truly engage his languishing soul. He discovers real people, real issues, real passion, real…love. One of his avenues of self- discovery involves Chance, a dog who chooses Peter as his friend. Any story prominently featuring the loyalty of a good dog gets bonus points from me. Peter also becomes involved with Danny, a local carpenter who is restoring a historic church near town. Danny is guarded, and the town residents seem quite protective of him. As the months pass, Danny, at the risk of being hurt, slowly opens himself up to Peter. I fell for Danny immediately, and was wincing at the idea of what Peter was hiding from him. Of course nobody in town knows who “Peter” really is at this point. Peter/John wrestles with divesting the truth, right about the time his past comes to divest him of his present.

This story is not a romance in the strictest sense, in fact there is no on- page sex. However, make no mistake, Danny does become significantly important to John. Another thing this story is not, is a fluffy “finding yourself” book. Rather, this is a story of introspection, of becoming first in one’s own importance without becoming narcissistic. Personally, while I didn’t feel a huge void from the lack of them, I do feel a few well- placed sex scenes could have provided another avenue of showcasing John’s emotional status, enrichment, and vulnerability.

This story has a fair amount of beautifully drawn symbolism; which given what John is running from, juxtaposed with what he finds, is to be expected. When it becomes time for John to face the music from his past after several months cocooned in his new persona, my heart plummeted. What option was he going to choose?! Was John going to return to his former life? Was he just going to wrap up loose ends? Where was his mind going? Here John had to trust himself, trust Danny; and I had to trust the author. Honestly at this point I didn’t know where the story was going to go. I love this type of anticipation!

I highly recommend this superbly written, unique spin on self- discovery. I’m looking forward to more from this author.

One thought on “Favorite Son”