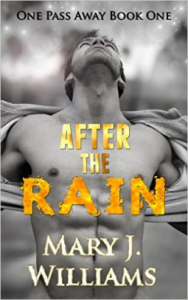 Blurb: Welcome to the NFL. The Seattle Knights have the hottest players in the game. On and off the field.

Logan Price is getting a second chance.
Claire Thornton is going to make sure it counts.

Logan Price was living his dream. After years of hard work he finally made it. Starting running back for the Knights.

After only a few games, he was a fan favorite. There were whispers of a rookie of the year award.

It all ended with a devastating injury to his leg that sent him back to Oklahoma. A failed attempt at a comeback sent him into a deep depression.

His life became about two things. Working at his father’s bar, and running. One filled his days. The other made getting through the endless nights a little easier.

When an old friend offers Logan a lifeline, he’s reluctant to grab hold. He could live without football–barely. But he didn’t think he could survive getting his hopes up only to lose it all again.

Claire Thornton’s dreams are just as big as Logan’s. She left the small town where she was born, to make something of herself. It hasn’t been easy. A woman with no money and no connections. Everything she has, she’s earned. Helping Logan Price get back to the NFL will prove to her detractors that she can be a trainer. She is determined to make it in a male-dominated world.

The attraction is instantaneous.

The reasons not to get involved too numerous to list.

It only takes one kiss–one touch–for them to realize if they want their dreams to come true they need more than luck. They need each other.

After the Rain is the first book in the One Pass Away series and is available in both print and ebook formats.

Review: What a sweet and hot story about a football player and the physical therapist who helped him recover from a career-shattering injury. It was a story of redemption and second chances for both main characters, who’d each escaped their small town pasts only to fumble at the gate.

Logan knew the only way to get out of his one horse town was through football. Unfortunately, his dad had had a serious heart attack his senior year, and Logan had had to give up his football scholarship and stay home to take care of him and run the family bar. Luckily he’d been able to get a second chance a year later when his dad was healthy again. With hard work and a lot of initiative, he’d gotten another scholarship and then after graduation had gotten picked up in the NFL draft.

Only to get a crushed leg in the third game of the season.

He was all lucked out.

Claire had had a hard childhood and had been determined to get out. Thanks to hard work and a great friend, she’d nearly made it to the top. Just one more push and she be able to climb the glass ceiling and get the job she wanted. To prove herself as an amazing physical trainer/therapist, she’d taken on the biggest challenge of her life–rehabbing Logan Price’s knee. The Seattle team had all but promised a job contingent on how well she did with him.