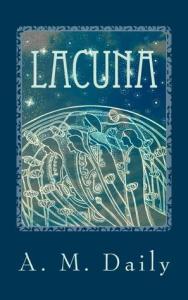 Blurb: The ascension of the Terah has ravaged the Earth and plunged humanity into a horrifying existence. Humans struggle to survive in the few remaining cities beside Mechi, artificially intelligent beings whose most recent models are indistinguishable from their human creators, and the Ezri, a race of humanoid alien life whose descent to Earth changed the future of humankind forever.

Caden is number 508349, and has lived a comfortable and privileged life as the son of a wealthy corporate bigwig, kept safe from the dangers of life outside of Belen. An inexplicable restlessness leads Caden to pursue Earth’s lost past in cities other than his own and in the dusty words of suppressed history books.

Together with his streetwise friends, Mikas and Blue, Caden learns to navigate the shadowed world of the Underground Streets as he searches for answers to the questions left by his recurring nightmares.

When a series of catastrophic events leads to an encounter with a mysterious stranger, Caden is drawn unwittingly into a decades long war for freedom. As he struggles to accept his place in his rapidly changing reality, Caden is given insight into his true nature, allowing him to finally take the leap of faith he needs to reclaim his identity and freedom.

Review:  If I had to briefly sum up what to expect when you pick up Lacuna is a sort of dark sci fi dystopian type of story with a heartbreaking romance. This book was so close to a 5 star for me. I just couldn’t help but be disappointed with the ending. Sounds like this is book 1 of a series or at least there’s a book two planned so hopefully I’ll get some answers and resolutions. The book ends with a little bittersweet hope for the characters but it’s far from a typical romantic happy ending.

In the world Lacuna is set in the Terah have come and taken over the world. They enforce strict rules and instill fear to keep the humans compliant. They’ve even chipped all humans so they can track them at all times. The cities and buildings have been ravaged by the battles fought and won by the Terah when they came. The fires continue to smolder from the battles of the one last rebel group referred to as the Ezri. They fight the control of the Terah. It’s the last hold out of total domination by the Terah. Nobody knows much about the Ezri as it’s such a taboo topic and if anyone hears you sympathizing with them the Terah will end you. There is a very real sense of fear and doom surrounding these people. Like they’re all just biding their time until the end.

Lacuna follows the interweaving lives of three very different young men. The story is told from all of their POVs.

Cade’s life is seemingly the best of the three. His father holds one of the few well paying jobs. He has a safe nice home where he’s fed and warm. However his father is a cold cooperate man. His mother has checked on them completely mentally. The only thing keeping him there is his little sister who is also troubled and doesn’t speak. Cade has horrible nightmares every time he closes his eyes. Lives in fear of the Terah and his father. Cade escapes into one of the other poorer and rougher boroughs called Zenith for a break for short periods of time from his life. It’s the only time he feels anything close to happiness. This is where he meets our other MCs Blue and Mikas.

Mikas learned the hard way to survive you have to be tough. He’s also street smart. Basically a street thug with better morals than most. Mikas feels his only way to survive in this world is do whatever illegal jobs he can to get by. It’s more than some people have. Mikas sees Caden wondering the dangerous streets one night and saves him from being a victim of the many who would take advantage of someone like him. Blue and Mikas have been friends for years but before that we know very little of their lives. Blue takes Cade under his wing because Mikas wants him to be safe.

Blue the one eyed androgynous prostitute was my favorite character. Beautiful and unique. Kind, brave and the most responsible clear headed one of the group. Also the most passionate. His story seems to be the saddest. He was brought up very poor but loved. Blue ends up alone on the streets like so many others at a very young age after the invasion. He does what he has to to survive. Blue’s character is so complex. He’s been in love with Mikas for years but Mikas denies him. They’re best friends but there’s always that hurt and tension lingering in the back round. Caden is clueless to all of it and none of the guys share much about themselves with each other although they trust each other with their lives. No small thing in this world. Blue just wants to feel loved and safe. Mikas is always getting into bad situations and dragging Blue into them because Blue is always there for Mikas. And Mikas for him.

They’re all at the mercy of others. They’re all under the thumb and constant danger of the Terah and the bad men they work for. There’s a ton of world building to absorb but the story is told at a slow pace so you just kind of settle in and get transported to this world. There’s always something going on. Even the most tedious scenes bring so much to the story. You learn more about the world and the characters as the story progresses. We’re given little nuggets of information throughout the story to help us realize all the things these guys have gone through and will continue to go through. There’s so much more I want to know. I’m fascinated by the Mechi. They’re android people that were made to do all the things humans didn’t want to or to service them in some way. Looked upon as lesser despite living among them. Loki the Mechi may be my second favorite character of this story. I think I loved his and Blue’s scenes the most.

I may have never known about this book if it hadn’t been submitted for review. I’d have missed out on such a good book. I felt the fear and tension these people feel. The overwhelming sense of oppression and that they’re all just holding on to hope by thread. For these three that thread seems to be their friendship. It’s tested over and over. At one point of this book I cried heartbreaking sobs for pages and pages. Days later just thinking about it brings tears to my eyes. The kind of heartache that’s memorable because of the way the I’ve become attached to these characters. I think this more than anything seem to drive home that feeling of despair. That even if you get something that makes you happy in this world, it can and probably will be taken away at any moment. I won’t spoil but I think the ending was maybe a little anticlimactic after the events that triggered my big sob fest. The ending is really the only problem I had with this book. The rest of it was excellent. The characters were amazing. This book definitely has a gloomy tone to it but I loved it. The writing was excellent. The story is slowly built up in layers until you’re immersed in it. It feels like one of those nowhere to go but up type stories even though anything could be happening next. I honestly have no idea what will happen in book 2. I do know I’ll be reading it as soon as I can get my hands on it.