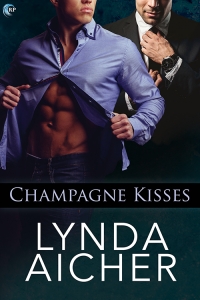 Blurb: The Christmas Eve wedding Evan Cleary pulled together in four weeks is crashing down around him and taking his fledgling event planning business with it. With an empty altar and over a hundred guests arriving soon, he turns to the resistant, gorgeous brother of the runaway groom for help.

When Richard Patterson’s flamboyant brother storms out hours before he’s scheduled to marry his equally dramatic partner, Richard is left dealing with the fallout. The last thing he wants is more drama, yet he can’t deny his attraction to the effeminate event planner trying to salvage the wedding.

Evan thinks his crush on Richard is a lost cause, but one steaming kiss later, he learns different. What starts as a night of hot sex turns into a connection neither expected. But Evan knows their relationship is hopeless unless the ultra-conservative Richard can embrace every part of him—both in private and in public.

Review: Well, I just fell in love with a story. This was a shiny present wrapped with a beautiful, glittery bow that turned into the best gift ever–including a message and a heart.

Evan Cleary’s worked for party planners for a long time, but this Christmas eve wedding is the first big social event of his very own fledgling company. So it’s got to go well because he’s hoping to get a lot of high society recommendations from it. So when the two drama queens start throwing things in the grand ballroom before the event starts, he’s hoping it’ll get smoothed out–until first blood is drawn. Then it’s too late for the grooms, but hopefully not his party. Luckily it’s salvaged by his brilliant idea to turn it into a Christmas eve party for the Patterson’s–and the fact that Nate’s mother is a socialite who loves to give huge parties. Thank goodness! He just wishes he could get the autocratic brother to loosen up–he’s so swoony.

Richard Patterson puts up with a lot of crap for his younger brother Nate, and dealing with his dramatics over discovering his groom cheating on him hours before the wedding probably isn’t even the worst thing he’s had to do. But ignoring his attraction to the femme party planner is harder than he’d like. While not in the closet, he’s never been exactly a huge fan of public display, especially when it’s gay–he’s too self-conscious. So why the unusual attraction to someone who is? Evan’s not flamboyant, but it’s obvious he’s gay.

When the night gets late and they find themselves alone, who’s to say what these two unlikely lovers will find to do?

Fresh, funny, and unexpectedly bold, the romance in this novel takes a sudden unexpected turn towards love. Read it and get your own Christmas wish…a guaranteed HEA. Thanks!