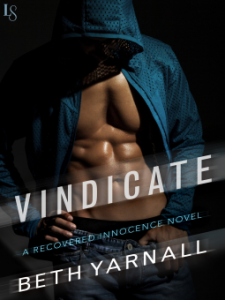 Blurb:  Cora. . . . I got my driver’s license on my sixteenth birthday so I could visit my brother in prison. Five and a half years later, he’s still locked up for a murder he didn’t commit and I’m still trying to find a way to set him free. Then I hear about Nash Security and Investigation, a private detective agency that helped exonerate a wrongfully convicted man after thirty-nine years in prison. The problem? They’ve already taken on the one pro-bono case they’ll accept this year.

Leo. . . . I’m this close to finishing law school—and never working another day at my dad’s P.I. office—when Cora Hollis walks through the door. She’s got a box of files, a handful of leads, and an independent streak a mile wide. She fascinates me and I can’t say no. Suddenly I’m volunteering to help her find a missing witness who could be the key to her brother’s case. But nothing is what it seems and giving in to the attraction between us could be more dangerous than finding the real murderer.

Review: Everyone’s future was destroyed when Beau Hollis was sentenced to life in prison for the rape and murder of his ex-girlfriend Cassandra Williams. His parents couldn’t handle it and their marriage imploded; divorce following quickly on the heels of his conviction. His sister Cora filed for legal emancipation at age sixteen, the only one believing in his innocence–certainly not his sot of a father or his whining victim of a mother.

This is Cora’s story, the sister who completely gave up her life and set out on a five and a half year journey to vindicate her brother’s innocence–and about her relationship with Leo Nash, the son of the private investigator she was pinning all her hopes on helping her get her brother acquitted. It was at times a cerebral legal thriller, at times romantic suspense, then hot and sexy, and then at others just laugh out loud funny dialogue. But one thing it never was–was dull. I ate this book up in one sitting; it was complex–with lots of pieces that just needed to be found and placed just right before the whole picture would shine through. The author did an excellent job of slowly unveiling the plot line, carefully revealing one new detail after another in a carefully choreographed dance that brought me to the perfect conclusion when she wanted me there–but kept me in a heightened state of suspense the whole time. I was so worried about the two of them because I could feel the murderer breathing down the back of my neck!! Ack!

And reading this blurb makes me happy–it’s a series: “Beth Yarnall kicks off a steamy new series—perfect for fans of Kendra Elliot and Emma Chase—featuring a San Diego investigative team with a soft spot for lost causes and a passion for redemption.”

Great read with a nice resolution. I want to be Cora when I grow up! Thanks!

One thought on “Vindicate (Recovered Innocence #1)”