Blurb: Most homicide detective teams run on trust, loyalty, and the shared desire to put killers behind bars. Frank Bennett’s partner, Eden Archer, thrives on darkness and danger. She has a rare talent for catching killers – but her idea of justice has little to do with courtrooms.

Now three girls are missing, and Eden is going undercover to a remote farm where the troubled go to hide and blood falls more often than rain. Frank’s job is to keep an eye on his partner while she’s there – but is it for Eden’s protection, or to protect others from her? Walking a tightrope between duty and desperation, Frank confronts a threat from Eden’s past—the sadistic crime lord Hades, who raised her. Suddenly, the hunter is the hunted. And a killer’s vicious desires are about to be unleashed . . .

The breathtaking new thriller from the author of Hades, winner of the Ned Kelly Award for Best Debut Crime Novel, establishes Candice Fox as a suspense writer of international renown and undisputed power. END_OF_DOCUMENT_TOKEN_TO_BE_REPLACED

Ginn Hale – Swift and the Black Dog
When Jack Swift killed a tyrant and won the revolution he became a national hero. But someone in the new government prefers dead heroes to living, swearing, cynical wizards. Caught between bullets, revenge and desire, Jack had better be swift indeed.

Jordan L. Hawk – The Thirteenth Hex
Hexman Dominic Kopecky doesn’t understand why dashing crow familiar Rook wants his help investigating murder by patent hex. For one thing, Dominic isn’t a witch. For another, the case is already closed—and someone is willing to kill to keep it that way.

Lou Harper – One Hex Too Many
Veteran detective Mike Mulligan is an expert on violent crimes—of the occult variety. He might even be cursed. Detective Hugh Fox is eager to partner up and prove himself, but Mulligan is accustomed to flying solo. Can they trust each other enough to track a killer who’ll stop at nothing, not even summoning a demon? END_OF_DOCUMENT_TOKEN_TO_BE_REPLACED

KJ Charles – A Queer Trade
Apprentice magician Crispin Tredarloe returns to London to find his master dead, and his papers sold. Papers with secrets that could spell death. Waste paper seller Ned Hall can’t resist Crispin’s pleading—and appealing—looks. But can the wasteman and the magician prevent a disaster and save Crispin’s skin?

Astrid Amara – The Trouble With Hexes
P.I. Tim Keller has a problem. And the only person who can solve it is his ex-boyfriend, Vincent, whose job as a hexbreaker was the reason they broke up. It’s hard admitting he was wrong, especially when coughing up organs. But there’s a missing person to find, a hexmaker to hunt down, and a romance to repair before Tim breathes his last. END_OF_DOCUMENT_TOKEN_TO_BE_REPLACED

Rhys Ford – Dim Sum Asylum
For Detective Roku MacCormick, working Arcane Crimes is his passion. Now cleared of any wrongdoing for shooting his last partner, MacCormick is given back his badge… as well as a new case and partner. Trent Leonard isn’t exactly what he’d expected, but then nothing in San Francisco’s Chinatown ever is.

Charlie Cochet – The Soldati Prince
Riley Murrough goes from serving lattes to being chased by demons. If that wasn’t bad enough, he bears the mark of a shapeshifter king from a magical realm. Riley’s determined to get answers, but if the demons out for his blood don’t kill him, the urge to strangle the arrogant king might.

END_OF_DOCUMENT_TOKEN_TO_BE_REPLACED

Jordan Castillo Price – Everyone’s Afraid of Clowns
Psychic medium Victor Bayne can spot a ghost any day of the year, but Halloween holds some special surprises. His psych-groupie boyfriend Jacob coaxes him to the location of an old spirit sighting, but they can’t ghosthunt without enduring a cheesy “haunted house” that’s even more disturbing than they realize.

Andrea Speed – Josh of the Damned vs. the Bathroom of Doom
It’s a boring night at the Quik-Mart for Josh and his friend Doug. Until a vampire with a grudge—and the most adorable backup ever—crashes the store. Can Josh survive the Bathroom of Doom? END_OF_DOCUMENT_TOKEN_TO_BE_REPLACED 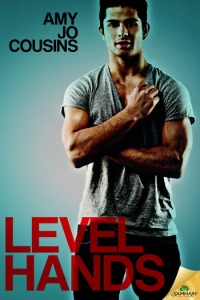 Blurb: When it comes to love, there’s no such thing as smooth sailing.

Rafael Castro is so far out of his element he can’t even see it anymore. Carlisle College in Massachusetts is a long way from his Chicago home, even farther from his Dominican Republic roots.

The only thing keeping him attached to his last nerve is the prospect of seeing Denny Winslow again. The first time they met, Denny taught Rafi to fly across the water, rowing hard in a knife-like boat. Now, two years later, on the wings of a rowing scholarship, Rafi is attending Denny’s elite college.

Even before the excitement wears off, Rafi is struggling with classes and fending off rumors that Denny’s family, not Rafi’s talent, won him his spot. To quash the gossip, Rafi tries to steer clear of the man he wants. A plan that evaporates in the fire of renewed attraction.

But Carlisle’s academic pressure cooker has Rafi barely treading water. And when a family crisis hits, both Rafi and Denny must pull hard to keep their relationship from capsizing in rough waters.

Product Warnings: Contains a surly Dominican-American guy determined to show no weakness, a golden boy who knows his soft spots, some seriously dirty bachata dancing, and an excellent excuse for voyeurism in the locker room.

END_OF_DOCUMENT_TOKEN_TO_BE_REPLACED 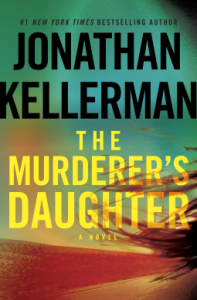 Blurb: From the #1 New York Times bestselling creator of the acclaimed Alex Delaware series comes a tour de force standalone novel that illustrates perfectly why “Jonathan Kellerman has justly earned his reputation as a master of the psychological thriller” (People).

A brilliant, deeply dedicated psychologist, Grace Blades has a gift for treating troubled souls and tormented psyches—perhaps because she bears her own invisible scars: Only five years old when she witnessed her parents’ death in a bloody murder-suicide, Grace took refuge in her fierce intellect and found comfort in the loving couple who adopted her. But even as an adult with an accomplished professional life, Grace still has a dark, secret side. When her two worlds shockingly converge, Grace’s harrowing past returns with a vengeance.

Both Grace and her newest patient are stunned when they recognize each other from a recent encounter. Haunted by his bleak past, mild-mannered Andrew Toner is desperate for Grace’s renowned therapeutic expertise and more than willing to ignore their connection. And while Grace is tempted to explore his case, which seems to eerily echo her grim early years, she refuses—a decision she regrets when a homicide detective appears on her doorstep.

An evil she thought she’d outrun has reared its head again, but Grace fears that a police inquiry will expose her double life. Launching her own personal investigation leads her to a murderously manipulative foe, one whose warped craving for power forces Grace back into the chaos and madness she’d long ago fled. END_OF_DOCUMENT_TOKEN_TO_BE_REPLACED

Blurb:Years ago, Penn’s lover was attacked in the woods, and most think Penn is to blame—including Penn. Ever since, he’s been a prisoner in his home and his mind. When world renowned architect Ewan Parish arrives to construct a secure, enclosed walkway through those woods, Penn is surprised, suspicious, and also fearful.

Ewan finds himself intrigued by the mysterious, reclusive Penn, his journals, and the beautiful artwork he’s drawn, which Ewan recreates in the walkway’s iron scrollwork. Determined to free Penn, Ewan sets out to unravel the mystery that has resulted in Penn’s imprisonment by his family and conscience all these years…

END_OF_DOCUMENT_TOKEN_TO_BE_REPLACED

Every once in a while I get a special request from a reader asking me to address this or that problem in m/m fiction. So today I’m going to talk about characters who suffer from the dreaded disease of Career Amnesia. It is estimated that between ten and twenty percent of all romance heroes will at one point during a book either forget that he has a job or will suddenly behave in a way that profoundly impairs his workplace credibility. Something should be done to help these characters retain their imaginary employment, but what? END_OF_DOCUMENT_TOKEN_TO_BE_REPLACED

Blurb: When Blake Raleigh’s favorite rentboys retire from Market Garden, they’re sure their friend Jason will be a perfect replacement. Though Tristan and Jared are a tough act to follow, Blake returns to London to test out their recommendation.

Jason is right on the money. Negotiations turn him on. Getting paid turns him on. The higher the stakes, the hotter things get. Each trip to London is more expensive than the last, and the webcam sessions don’t run cheap, but Jason is well worth the sticker shock.

The more time they spend together, the more Blake wants, and not just sex and transactions. But Jason’s been burned before by men who thought they were in love with him, and he’s not making that mistake again. When the lines between personal and professional start to blur, it’s going to take more than money, jewelry, and sports cars to keep Jason from clocking out and walking away.