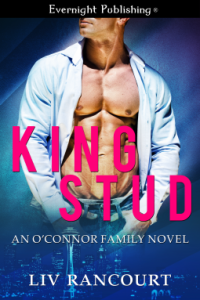 Blurb: Danielle’s got three months to make her Grandmother’s rundown Craftsman house livable. Her game plan is to get in, get grubby, and get back home to L.A. She needs a carpenter, and her best friend’s younger brother is a good one. It’s hard to ignore the buffed body under Ryan’s paint-splattered sweatshirts, but her friend declares he’s off-limits so Danielle reluctantly agrees.

Ryan doesn’t have the cleanest record, anyway. His recently ex-ed girlfriend wants him back, and he has a reputation for brawling. He’s also had a crush on Danielle since he was a kid. Despite their nine-year age difference, he knows she’s worth pursuing.

Soon the paint under Danielle’s fingernails starts feeling more natural than the L.A. sunshine. She’ll have to navigate plumbing disasters, money problems, and one seriously cranky best friend to find something she hasn’t had before: a real home, and a man who loves her.

Dani’s bitten off more than she can chew in trying to renovate her grandmother’s house in a beautiful section of Seattle. First clue? The big hole in the floor in the kitchen! How is she going to do what needs to be done to get it finished and sold before the end of her leave of absence from her very demanding job of managing the NICU in the hospital in L.A.? Her uncle’s counting on her, but she’s not sure if she’s going to be able to get the job done. And since she’s not talking to her mother, she’s not sure where she’ll get more money if she needs it.

Ryan’s been dealing with a lot lately. His ex-girlfriend is hard to break up with–but he knows it’s what he needs to do. Her growing alcoholism is not only wearing HIM down but it’s taking his sister Maeve down too. But when Maeve refuses to help him and only hinders the process, what’s he going to do? Maybe get help from his childhood crush and new client, Danielle. She’s just as beautiful as he remembers, and if he can get her to mix business and pleasure, it would be perfect. Who cares about the nine years difference in their ages? He sure doesn’t! But Maeve has forbidden both of them from being with each other–since she says friends and family don’t mix–so they’re just going to have to work around it…

I really enjoyed this book and the characters in it. At first the title made me think it was going to be something completely different, but I really loved where it took me. The family dynamics were realistic and complicated, and the plot line developed the relationships in a believable direction. I felt like I was watching something real develop, and everything that happened felt natural and necessary. There were a lot of complex issues because of all the different people involved and their personalities–just like in my world–and everything hinged on so many factors. It sounded like me describing something that happened in my family! I can’t wait to read more stories about this world and the people in it. P.S. Great sexy times as well. Thanks!