A funny thing happened on the way to the murder scene… I needed victims.
Now skip this part if you’ve heard it before but see, it’s hard to be a serial killer without victims. And if there’s one thing I do like writing, it is murder.
For the introduction of Rook and Dante in Murder and Mayhem, I wanted to do something different so I reached out to my fellow authors and ask; Can I murder you?
Everyone I reached out to said yes. Some were reluctant, some were enthusiastic but mostly there was a tingle of impending doom because really, nothing says I love you like a particularly well planned murder—especially if it’s yours.
The authors I’m killing off on this tour are some of my favourites. I could kill everyone I like. Sadly, I wouldn’t have enough time and I do have to move on to other murders, other books. But I’ve gathered a few… and best of all, like in some of the better mysteries in life, there is a plot twist.

To launch the Murder and Mayhem series, I will be giving away books written by my victims as well as a $20 USD gift certificate to the eTailer of the winner’s choice.

Catch each authors’ death on the tour and be sure to enter to win! And thank you all very much. 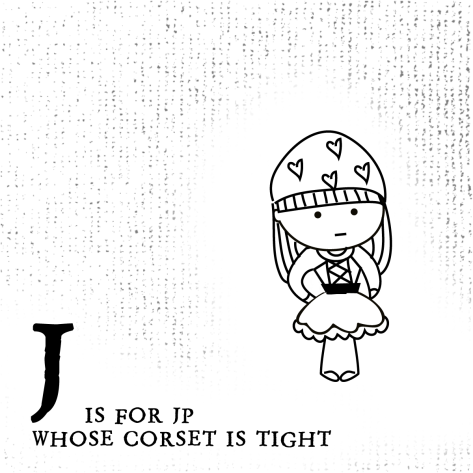 JP Barnaby — Ebook of Choice
I couldn’t actually choose a book from JP’s because damn, there’s just too damned many to pluck out of her backlist I’d want someone to read. That being said, I admire JP’s fearlessness at diving into the deep end of emotions and then the dizzying heights of complications. Damned fine writer.
Murder and Mayhem

Blurb: Dead women tell no tales.
Former cat burglar Rook Stevens stole many a priceless thing in the past, but he’s never been accused of taking a life—until now. It was one thing to find a former associate inside Potter’s Field, his pop culture memorabilia shop, but quite another to stumble across her dead body.
Detective Dante Montoya thought he’d never see Rook Stevens again—not after his former partner’d falsified evidence to entrap the jewelry thief and Stevens walked off scot-free. So when he tackled a fleeing murder suspect, Dante was shocked to discover the blood-covered man was none other than the thief he’d fought to put in prison and who still made his blood sing.
Rook is determined to shake loose the murder charge against him, even if it means putting distance between him and the rugged Cuban-Mexican detective who brought him down. If one dead con artist wasn’t bad enough, others soon follow, and as the bodies pile up around Rook’s feet, he’s forced to reach out to the last man he’d expect to believe in his innocence—and the only man who’s ever gotten under Rook’s skin.
Read an excerpt and Purchase Murder and Mayhem here:

June 1: It’s About The Book

Rhys Ford was born and raised in Hawai’i then wandered off to see the world. After chewing through a pile of books, a lot of odd food, and a stray boyfriend or two, Rhys eventually landed in San Diego, which is a very nice place but seriously needs more rain.

Rhys admits to sharing the house with three cats of varying degrees of black fur and a ginger cairn terrorist. Rhys is also enslaved to the upkeep a 1979 Pontiac Firebird, a Toshiba laptop, and an overworked red coffee maker.

And at the Starbucks down the street. No really, they’re 24/7. And a drive-thru. It’s like heaven.

My books can be purchased, folded and first chapters read at Dreamspinner Press. http://www.dreamspinnerpress.com

47 thoughts on “Guest Post and Giveaway: Murder and Mayhem by Rhys Ford”