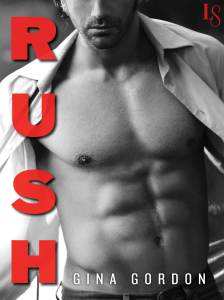 Review: Wow. Totally blew me out of the park. I read this book after a couple that didn’t amaze me, not expecting much, and it was such a surprise!  I was thoroughly B.L.O.W.N. away. The premise? Kinda sketchy. The follow through? Amazeballs. This author, Gina Gordon, has got some serious writing chops, and her way with a phrase–combined with some seriously twisted, hot and dirty, sexy awesomeness–made an immediate fan out of me. The way she took what was essentially a taboo subject, the porn business–and Goddess knows, we’ve all read really icky books about that before– and DID NOT make it skanky? ImPOSSible to do. But making it a deeply felt, emotionally rich juxtaposition about not only the haves and the have-nots, but about being raised with self-worth versus being raised always feeling like you aren’t good enough? Deep shit, people. Can’t say enough good things about this, but I’ll try.

On the other hand, Everly Parker is his mirror opposite. Raised in the “right” family, she belongs in polite society. Both of her parents are lawyers and she’s working to finish her law degree. It seems like she’s got all the respectability he’s lacking. But she’s unhappy too. Everly is also being forced into the family business, with no choice to escape. However, her upbringing was vastly different. Her parents didn’t make her feel like she could do anything–in fact the opposite. They made her feel like she was worthless. They constantly harped on her to do better and better and better. She’d given up everything for law school–friends, fun, hobbies, free time. Was that how her life was going to be once she passed the bar? She’d thought at the time that it would be the demarcation line–that after she finished, she’d get her life back. Unfortunately, she was beginning to realize that wasn’t the case. Her life was only going to continue this way and actually get worse–not only would her parents be demanding things from her constantly, but there would be the added pressure from the partners at the firm. Seeing a chance to take a brief break from the pressure with the handsome Max when she meets him at a bar, she agrees to let him help her with the bullet list her grandmother had left her in her will.

When Max and his partner Ben meet up to interview two possible film candidates in a bar, he notices Everly. The porn business has given him a weariness about sex that has him worried–it’s just mechanical to him now. However, Everly is different–he’s actually attracted to her! Finding out she’s friends with the two women gives him an intro to talk to her. When he does, he’s even more intrigued. As they get pulled into a relationship under the guise of fulfilling Everly’s bullet list, both realize that this might just be the change they’re looking for. And in each other, they might have found the person worth changing for.

Loved this book! Other than some issues regarding porn/safe sex, really really adored the writing, the depth of the character development, and the story line that gave so much more back than I expected–WAY more. I am totally into this author now! Thanks for a great read–I will be watching you now, Gina!

Watch out, boo, I think I’ve got a girl crush on you!