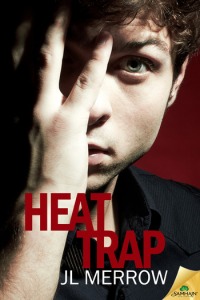 Blurb: The wrong secret could flush their love down the drain.

It’s been six months since plumber Tom Paretski was hit with a shocking revelation about his family. His lover, P.I. Phil Morrison, is pushing this as an ideal opportunity for Tom to try to develop his psychic talent for finding things. Tom would prefer to avoid the subject altogether, but just as he decides to bite the bullet, worse problems come crawling out of the woodwork.

Marianne, a young barmaid at the Devil’s Dyke pub, has an ex who won’t accept things are over between them. Grant Carey is ruthless in dealing with anyone who gets between him and Marianne, including an old friend of Tom and Phil. Their eagerness to step in and help only makes them targets of Grant’s wrath themselves.

With Tom’s uncertainty about Phil’s motives, Tom’s family doing their best to drive a wedge between them, and the revelation of an ugly incident in Phil’s past, suddenly Tom’s not sure whom he can trust.

The body in the Dyke’s cellar isn’t the only thing that stinks.

Contains British slang, a very un-British heat wave, and a plumber with a psychic gift who may not be as British as he thinks he is.

Review:  Tom Paretski has a lot to deal with. He’s learned some extreme information about himself and his family. He was, of course, the last one to know. Tom isn’t really handling it well. When coupled with a local heat wave and the stalking of one of his favorite barmaids by an organized criminal, Tom lets his frustrations begin to color his relationship with Phil. It doesn’t really help Tom and Phil are not the most communicative of guys. Tom doesn’t know much about Phil’s life between his teenage years and when Tom found him again. When Tom learns things about Phil’s time as a police officer he doesn’t handle the news well. Tom and Phil have their most serious argument to date. While all this is happening we still have in the background the imminent wedding of Tom’s best friend to the vegetable selling former dwarf porn star, and Tom’s sister Cherry is engaged and planning her wedding. Tom is miserable and surrounded by happy people. He feels he can’t trust his family or Phil. Interestingly, Tom feels the guy he’s got most in common with at the moment is the friendly barmaid’s stalker. It’s safe to say Tom is turned around. Tom’s got to figure things out quick before lives are lost, including his own.

Normally, I’d say the stereotype of men not being communicative does not work as a plot device. I truly feel it works wonderfully for Tom. Tom ferrets out people’s secrets whether he wants to or not. Tom will know what you’re hiding, and he’ll feel all the guilt and shame associated with it. Tom is pretty much the last guy who’s going to want to ask someone about that stuff up front. Phil has a lot of shame and guilt in regards to his past actions. Phil desperately wants a new start with Tom. Tom knows this. These guys do not comprise the couple who are going to sit down and have a conversation about things they find upsetting, even though they really need to. So yeah, I hate the lack of communication trope, but I feel it works here.

This is the third installment of a very British mystery series. Like, it could be on the BBC. Tom and his boyfriend Phil solve mysteries in their village amidst their colorful friends and family as they also work on building their own life together. Sundays at 7. I’m pretty sure Derek Jacobi is going to have a cameo in the next installment. If you have any kind of fondness for such mysteries this series is both fun and a comfort.

As much as I love this series this was not my favorite. Tom was kind of miserable. He’s always unreliable, but here he was also a grouch. Yes, Tom’s insular emotions fit the story, but he wasn’t exactly fun to be around. He was in denial of his own feelings and chose to work through his family issues on his own. In some ways he had to. Phil could only stand by and hold his hand on this one, but Tom wouldn’t even allow that. I felt some of Tom’s actions were selfish. Whereas I absolutely think Tom’s emotional journey was integral to the story, I felt it lasted too long. The weather was miserable and hot and Tom was miserable and mistrusting. It was a little too miserable. But, there is an absolutely wonderful and emotional high at the end.

In some ways this could be the last of the Plumber’s Mate stories. I hope it’s not. This series sets a lovely tone of acceptance in a village. Tom, Phil, and their friends all have a place in their community. These are very human stories of men who happen to be gay.