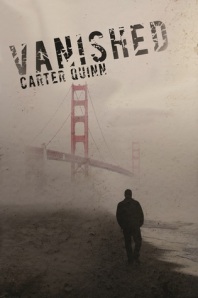 Blurb: Henry Cooley has good friends and a good life. He’s secure in his job and his relationship. He and Tom, the love of his life, are about to celebrate their twenty-first anniversary as a couple. Their son, CJ, is in his second year at Cal Arts. Henry’s only problems are his growing dissatisfaction with his job and the fact that Tom’s parents still hate him, even after all these years. At least those are his only problems until the morning he wakes up to discover Tom has vanished.

Review:  I have no idea how to do justice to this book.  I wanted to give it 5 stars because the writing is beautiful.  The writing is beautiful and I fell hopelessly in love with the main character, Henry.  Henry just wakes up one day and his husband, Tom, is gone.  He doesn’t get worried for a couple of days, Tom has been known to get into a time crunch occasionally on one of his architectural projects.  As time goes on, Henry becomes more and more distressed, and so…did…I!  I was invested.   By about the halfway point I was sure I knew what had happened to Tom, by the two-thirds point, I had changed my mind.  By the end, my heart had been broken and my mind had been…yeah, twisted.

The question I have to ask myself is, what did I just read?  Was it a romance?  I say yes, it was.  Definitely.  Not in the traditional way.  These men have been together for years.  They have loved each other for years.  The intimacy and trust between these two men was beautiful.  Their life together was perfect.  Romance.  Henry and Tom had what everyone wants their lives to be like when that twenty-first year together rolls around.  And then it was gone.  Heartbreaking.

Now this is where writing a review of this book gets hard.  If I say this book is all moonlight and roses, I will be misleading you.  This book is a powerful look at loss and grieving.  I couldn’t call this a 5 Star book because you would be mad at me at some point before you finished. What I want is for you to trust me just a little.  Trust what I have already said…..it’s romance.

Turn another page and…..

You’ll see why I wanted to give it five stars.