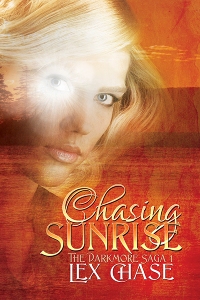 Blurb:  On the Coastal Bend of Texas, a hidden kingdom called Darkmore lies in ruins, and King Sevon Maraté is trapped. Using Sevon as a mouthpiece and a scapegoat, Lord Dominic rules from the shadows. Sevon copes with the unrelenting abuse by dressing in women’s finery and casting an image of graceful nobility. Born of royal verkolai blood and as beautiful as he is lethal, he possesses the ability to part the Veil separating his world from hundreds of others. His gift is his chance to escape, but Dominic refuses to relinquish his tool for power. Dominic forges an ambitious plan to invade the prosperous land of Priagust. Only a select few know the mythic kingdom of shifters exists. Sevon is out of options for his people’s survival, and cooperating with Dominic is his only chance.

On their foray into Priagust, Dominic’s men kidnap and interrogate a shifter named Jack. Even under torture, Jack’s loyalty to his kind never wavers. But as Jack’s knowledge about Darkmore’s king and its history unsettles Sevon, a curious bond begins to form. Despite Sevon’s mistrust, Jack is determined to tame Sevon’s wild heart and perhaps earn his freedom. As invasion looms, Sevon wonders if trusting Jack will lead him into another trap or if he should forget about chasing the sunrise and remain Dominic’s compliant prisoner.

Review:   First I’m going to say this book is nothing like this author’s other series. Chasing Sunrise was much darker. At times it was almost hard to read some of the atrocities performed by the villains in this book. You will hate the baddies. HATE them! So the author did her job there for sure. This book is set in an alternate universe where humans, vampires and shifters once coexisted. Then they all turned on each other and wars were fought. Now everyone lives in their own world hidden by a veil that hides them from people who are not like them.

The book revolves around the young king, Sevon, who was orphaned before he was 5. He grew up knowing nothing that wasn’t planted there by Dominic, the power hungry villain in this book. Dominic has brutalized and brainwashed Sevon from the beginning. When the world of the Aisa (vampires) is at it’s breaking point, Dominic convinces Sevon they must seek outside help from the shifters and that means crossing into their world. As the reader you know Dominic has more sinister plans but Sevon goes along thinking he’s helping his people the only way he can. Sevon is considered the “puppet king” of Dominic. Sevon knows first hand the cruelty Dominic can dish out. He lives in fear of his next beating or retribution for disobeying Dominic. Dominic also plays the flip side of the only one who truly knows Sevon’s secrets and tolerates Sevon’s preference for dresses. Dominic plays mind games and tells Sevon he loves him.

Jack is a shifter that was Sevon’s best friend before the big Hurricane that changed all of their lives. He’s escapes to his world with the promise to himself one day he’ll again find Sevon. Twenty years later, he sees Sevon. Jack is his captive. Sevon doesn’t remember him at all. Jack is determined to be there for him no matter the cost to himself.

It’s always SO much harder to review fantasy books with complex world building. I just can’t explain all the detail in this story or capture the nuance of it in a few paragraphs. The world building in this book was thorough and complex but kept me captivated. You know at some point Sevon is going to realize. You’re dying for him to do something! The author mixed many of the tropes we’ve come to expect from vampire and shifter books with new and interesting mythology.

Poor Sevon is a mess. He’s a beautiful young King who holds power in name only. He’s controlled by abuse. Physical and verbal. In many ways he mirrors a domestic violence victim. I found myself highly frustrated with his refusal to see what I saw, but then you remember he’s been raised with nothing but cruelty and lies from a very young age by a man who is a master at manipulation. He’s all alone. He has no idea who he can and can’t trust. He’s trapped, essentially. Sevon is forced to play a part while it eats him up inside. Then he meets Jack.

Jack is amazing! I’m completely smitten with him. He’s very much your fairy tale prince with a witty and naughty edge to him. Jack shows Sevon the first true kindness he’s every known. Sevon wants that, but he’s so confused and frightened of betrayal he’s trained to think the worst will happen.

I don’t mean to make this book sound all gloomy. I think the author does a good job of giving you glimpses of hope and then kicking you down again. Essentially how Sevon feels for most of this book. This book is about him breaking away and finally being who he is. Who he’s meant to be. The royal decedent of the beloved King Louis.

Another part of this book I really liked was that the ultimate warriors sworn to protect the royal line were strong and fierce women. I thought they really added so much to the story and helped Sevon and Jack find their way. Chasing Sunrise had way more sex than I’ve ever read in a book by this author. Sevon is a very sexual creature and the author explores this aspect in detail.

If you love abused characters that dig themselves out of the dark with the help of some who loves them you’ll enjoy this one. Or if you like vampire or shifter books but know these aren’t fluffy vamps. I’m really looking forward to the next two books in this trilogy!